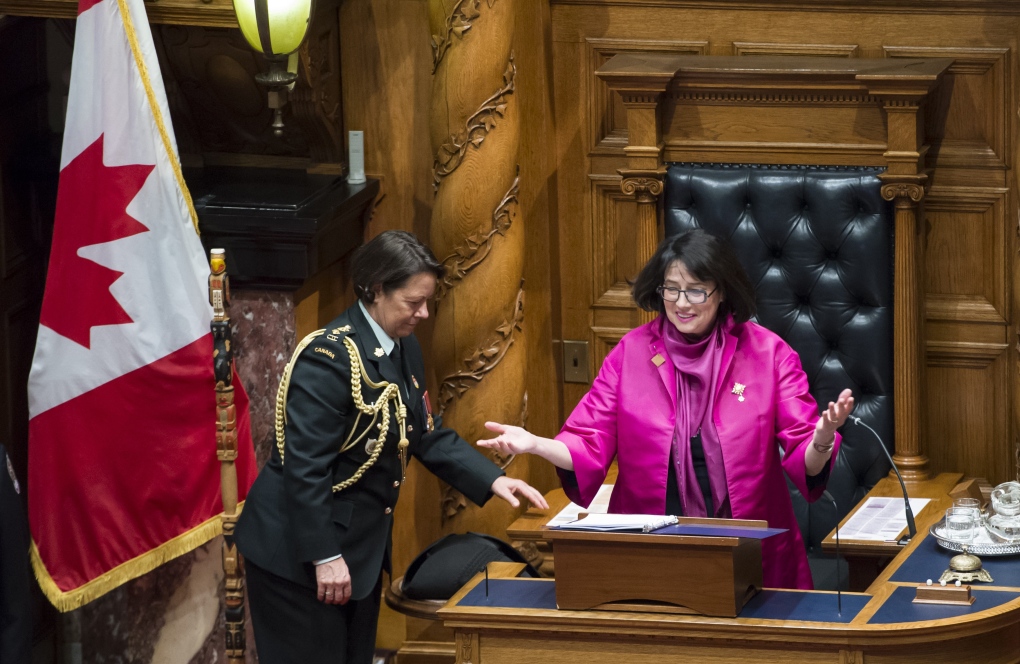 VICTORIA -- British Columbia's NDP government is promising new funding supplements for children and youth in care, and the expansion of commuter service into the Fraser Valley in a throne speech on Tuesday.

The speech, read by Lt.-Gov. Janet Austin, outlines the government's political accomplishments during its 2 1/2 years in power before promising a better future.

It says the elimination of Medical Services Plan premiums, reductions in child care fees, the construction of thousands of affordable homes and increases to the minimum wage are helping people.

“Today, when British Columbians check their mail, they are relieved to no longer receive an MSP bill, because government has eliminated this tax,” says the speech.

“Starting in October, they can expect a new piece of mail, with a Child Opportunity Benefit for families that need it most. And when they review their bank statement, many families have more money left at the end of the month than they did three years ago.”

The speech says B.C.'s population is forecast to increase by one million people over the next decade, requiring improvements to the province's transportation infrastructure.

“Government's partnerships with local governments means that work is already underway on a long-term vision for transit and transportation in the Lower Mainland,” it says. “British Columbians can look forward to more options like rapid transit, HOV lanes and commuter rail out to the Fraser Valley, and high-speed connections with our neighbours to the south.”

The speech says in less than three years, the government has started 13 hospital projects, opened 12 urgent and primary care centres, and construction has started or been completed on 23,000 affordable homes.