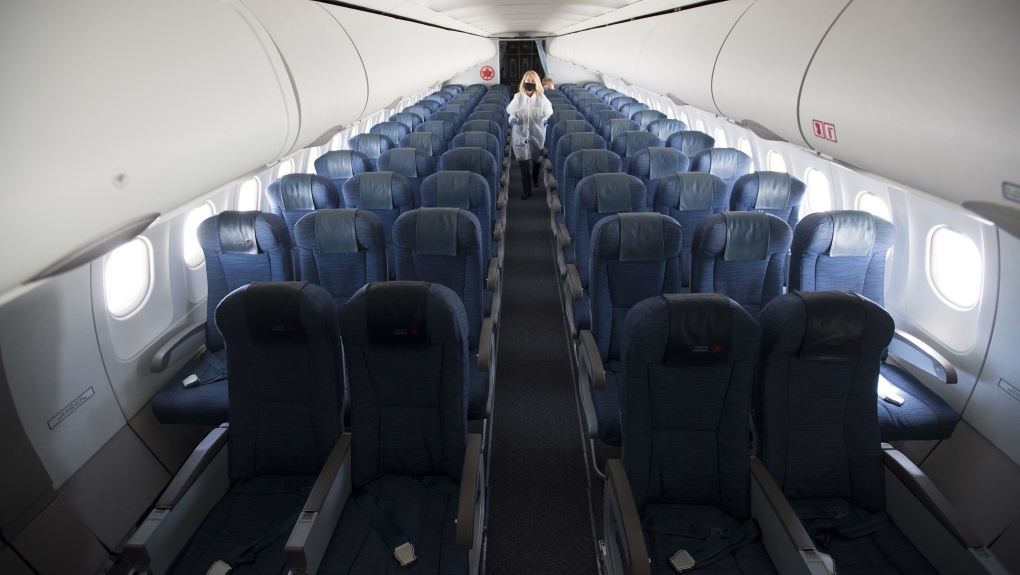 VANCOUVER -- The federal NDP is calling on the government to make physical distancing mandatory, after Canadian airlines said they would no longer keep seats empty on flights to prevent the spread of COVID-19.

WestJet and Air Canada have announced they will stop ensuring passengers are spaced out while seated beginning on July 1, though everyone who boards will still be screened and required to wear a mask.

Don Davies, MP for Vancouver-Kingway and the NDP’s health critic, said that’s a mistake. He said the federal government needs to make physical distancing mandatory on planes, considering what is known about how the virus spreads in cramped indoor spaces.

Davies also called out Flair Airlines, an Edmonton-based discount carrier, for charging passengers a $49 fee to keep the seat next to them empty.

“Basic public health measures should not be optional, and they should not be for sale,” he said, calling the airlines’ decision to stop voluntary physical distancing measures “a recipe for a flare-up” of the virus.

The airlines have said they are following guidelines from the International Air Transport Association, which states that while physical distancing is a key recommendation from the World Health Organization, “this concept does not reflect the additional screening (e.g. temperature check) of passengers before boarding, so that not all passengers are considered to be infected, nor does it consider the protections offered by the cabin environment.”

IATA goes on to say that air filtration systems on newer aircraft, airflow and the barrier provided by seat backs should all be taken into account when it comes to reducing the risk of virus transmission.

Transport Canada has made temperature screening mandatory for airlines, but not physical distancing.

In a statement sent to CTV News Vancouver, the federal agency said that it is very difficult for plane passengers to maintain physical distance of two metres while on board.

“Other protective measures against COVID-19 have been implemented as part of the multi-layered approach to support reducing the risk of COVID-19. These measures include mandatory health checks on passengers, requiring that passengers wear a non-medical mask or face covering when traveling by air, hand-washing, increased space between agents and passengers, limiting food services, and temperature screenings for passengers at select airports.”

Transport Canada said it worked closely with the Public Health Agency of Canada while developing the measures, and they are based on “the best currently available evidence.”

But Davies said Canada’s own chief medical health officer, Dr. Theresa Tam, has said physical distancing is “the single most important measure in response to COVID-19.”

“Dr. Tam has repeatedly said that masks are no substitute for physical distancing,” Davies said.

“She has also called temperature screening not effective at all, and noted that during the SARS outbreak, Canada tested over 6 million people, both on entry and exit of aircraft, and failed to detect a single case.”

On Monday, B.C.’s provincial health officer, Dr. Bonnie Henry, said the relaxed rules are worrying given how closely people have to sit together on packed airplanes.

Provinces do not have the authority to set guidelines for airlines, which are federally regulated.

"We are concerned," Henry said Monday. "Certainly it is incredibly important to be wearing a mask, but we also feel physical distancing is an important part of that as well."

Davies is also concerned that Canadian airlines continue to fly to COVID-19 “hotspots” like California, Nevada and Florida.

“The risk of importing cases is too great,” he said.