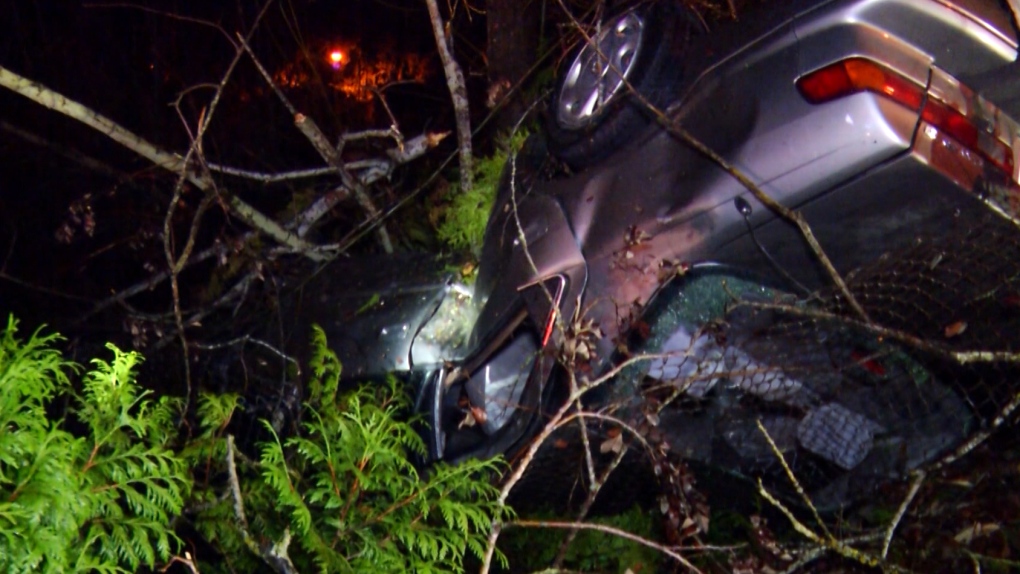 VANCOUVER -- A new driver has gotten a 12-hour suspension after flipping their car and failing an alcohol screening in Abbotsford.

Just after 5 a.m. Wednesday, Abbotsford police say the driver managed to flip the car onto its roof and into a tree on Eagle Mountain Drive. The driver had an N licence.

One witness told CTV News Vancouver that it appears a chain link fence kept the car from falling down a steep embankment.

Ambulance and fire crews were on scene, but the extent of the driver's injuries aren't known.