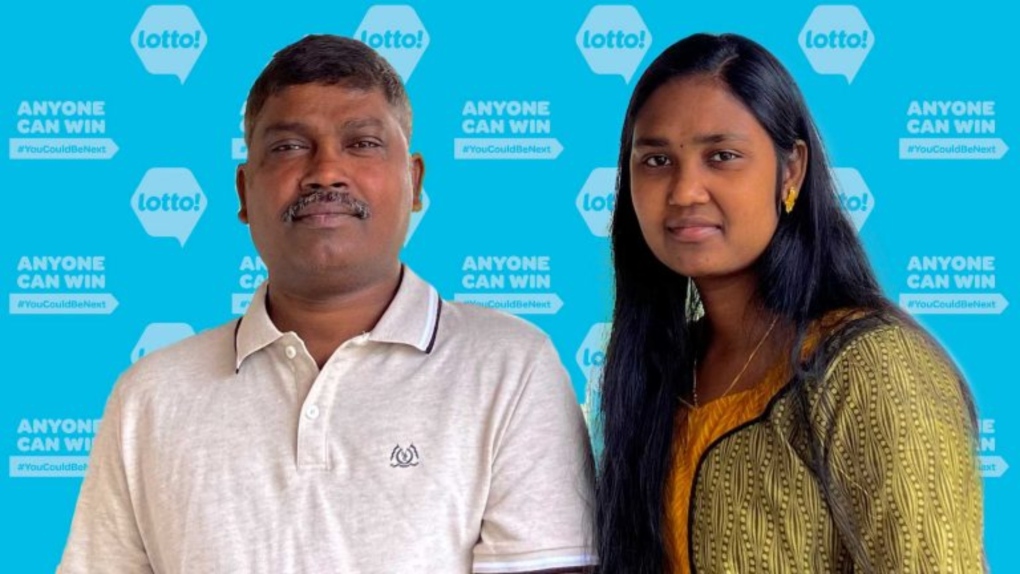 Frankis Christurasa, left, and his daughter, Pirashalini Firangs, are shown in an undated image provided by BCLC.

VANCOUVER -- A B.C. father hopes to help fund his children's education after winning tens of thousands of dollars in the lottery.

Frankis Christurasa "went crazy," his daughter said, when he found about his scratch-card win.

He and Pirashalini Firangs won $125,000 on a Super Money Multiplier Scratch and Win ticket the Vancouver father and daughter purchased.

It was Firangs who found out first.

"I scratched the ticket and saw there were three symbols so I checked it on my phone," she said in a statement issued by the B.C. Lottery Corporation Tuesday. "In that moment my hands were shaking."

She waited until her dad got home to tell him the news of the ticket they'd bought from the Victoria Drive Town Pantry.

His reaction was worth the wait, it appears.

"My heart was racing… Oh my gosh, the feeling is too much!" Christurassa said.

The father told BCLC he plans to put part of his share towards funding his children's post-secondary education.

BCLC did not say what his daughter will do with her half of the winnings.

The odds of winning the top prize of $125,000 on a Super Money Multiplier ticket are approximately one in 500,000, according to the lottery corporation.