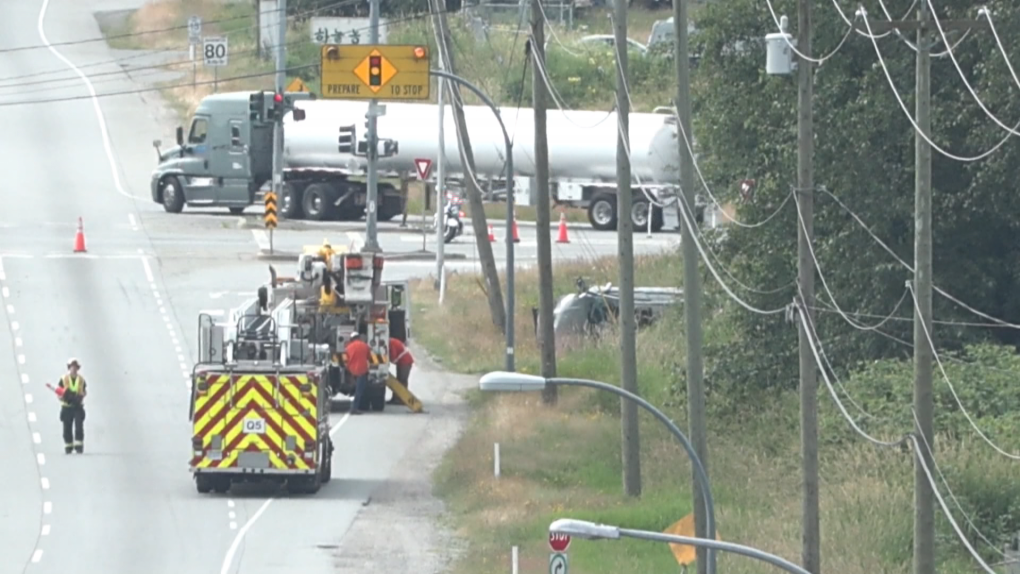 A major street in Surrey was closed for hours as police investigated a multi-vehicle crash.

The RCMP said the crash happened on 176th Street shortly before 9 a.m. Wednesday.

The crash involved "multiple" vehicles, police said in a statement. It is unclear what caused the crash, but fortunately no one was seriously injured.

The southbound lanes of 176th Street were closed between 88 and 96 avenues for hours as officials investigated. The lanes reopened at about 2:30 p.m.

Anyone who witnessed the crash, including those who may have dash-cam video, is asked to contact the RCMP at 604-599-0502.

Whether an FBI search of Trump's Mar-a-Lago residence is a prelude to criminal charges is unknown. The action Monday nonetheless focuses attention on the thicket of statutes that govern the handling of government records, though the department's own history of prosecutorial discretion makes it hard to forecast with certainty what might happen this time.

China on Wednesday reaffirmed its threat to use military force to bring self-governing Taiwan under its control, amid threatening Chinese military exercises that have raised tensions between the sides to their highest level in years.

Legacy of Serena Williams extends beyond success on tennis court

Serena Williams indicated on Tuesday she is preparing to walk away from her professional tennis career as the start of the U.S. Open approaches on Aug. 29 and her 41st birthday approaches next month. She would leave behind a legacy that extends beyond her dominance on the court.