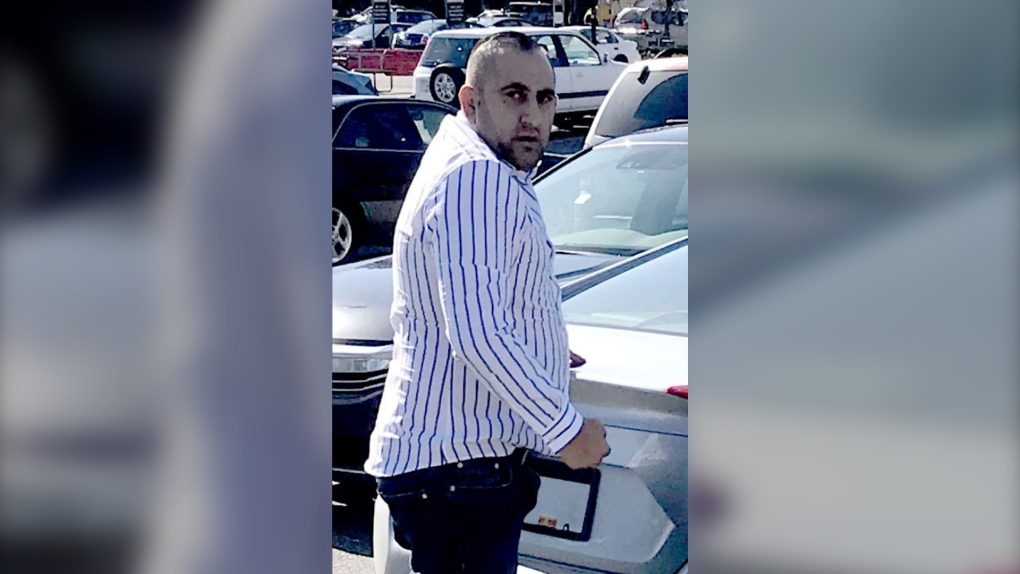 Surrey Mounties are asking for the public's help in identifying a suspect wanted in connection with a recent distraction theft. (Handout)

VANCOUVER -- Surrey RCMP have released a photo of a suspect wanted in connection with a recent distraction theft.

On March 4, police said they were called by a man who had been approached by the suspect in a parking lot near 88 Avenue and 152 Street in Surrey. ‘

"The suspect offered to trade some jewelry for the necklace that the man was wearing," Surrey RCMP said in a news release. "When the man declined to trade, the suspect removed the man’s necklace by giving him a hug." Police said the suspect dropped the necklace and took off in a Honda Civic after bystanders in the area approached.

Mounties released the photo of the suspect on Monday in hopes someone would be able to identify him. He's described as South Asian, about six feet tall with a medium build.

"Across the Lower Mainland similar distraction techniques such as offering to exchange jewelry, have been used to steal valuables from victims," said Mounties. "Surrey RCMP is reminding the public to be vigilant and to report suspicious activity."

Anyone with information about the incident is asked to contact Surrey RCMP at 604-599-0502.