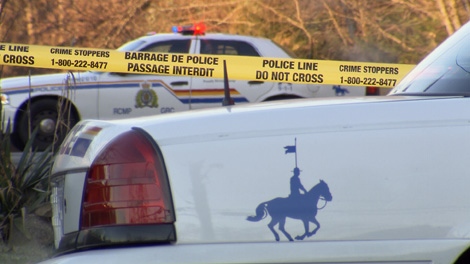 A motorcyclist is dead after being struck by a tire that "detached" from a trailer along Highway 1 in B.C., according to police.

On Sunday afternoon, the Revelstoke RCMP were called to the scene of a "collision between a loose tire and a motorcycle," according to a statement from the detachment.

"(The) driver, succumbed to his injuries at scene despite life saving efforts from a passerby physician from Germany and a nurse," it continues, adding that the victim was a 55-year-old man from Vancouver Island.

A passenger on the motorcycle was also injured and taken to hospital.

The highway was closed for several hours for the investigation. Police say they determined that the tire had come from a trailer being towed by a pickup truck with an Alberta licence plate that was travelling westbound.

"The tire bounced into oncoming traffic," according to the statement, which says the tire "narrowly" missed hitting another motorcyclist before hitting the victim.

Anyone with information or dashcam footage is urged to contact police.