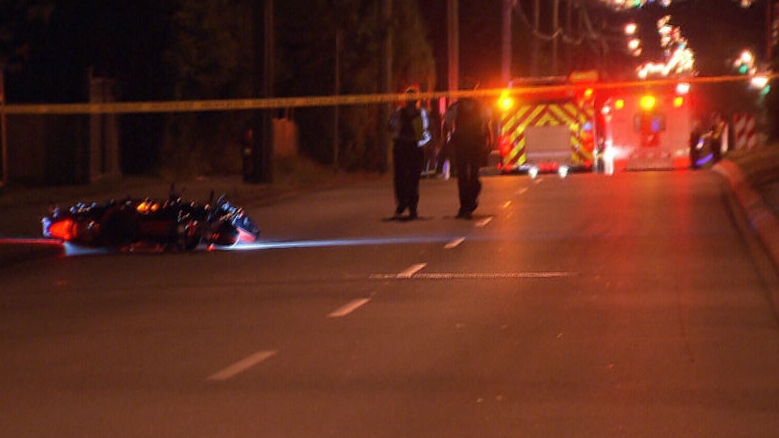 A 48-year-old man is dead after a motor vehicle accident in Surrey, B.C. early Sunday morning.

The motorcyclist tried to stop, but crashed into the right rear quarter panel of the car. He was pronounced dead at the scene.

Police closed the intersection for several hours to investigate, but it has been reopened. Alcohol is not considered a factor in the collision.

The motorcyclist was wearing a helmet and a protective jacket and rode a black 2012 Suzuki bike. His name has not yet been released.