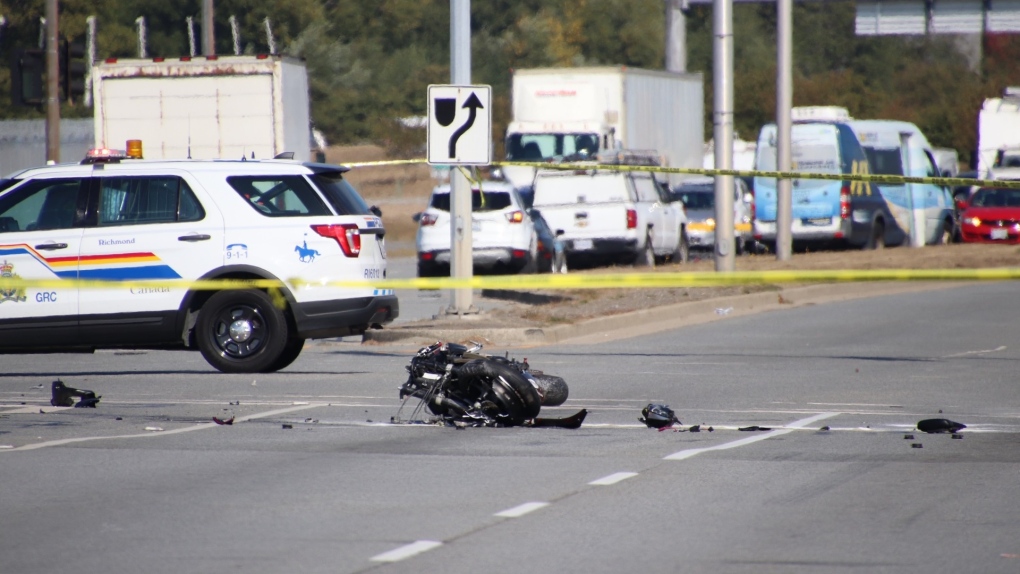 This photo shows the aftermath of a serious collision involving a motorcycle in Richmond, B.C. on Oct.3, 2022.

The driver of a motorcycle has died after a crash in Richmond on Monday afternoon, according to police.

Officers were called to Russ Baker Way near Inglis Drive around 12:30 p.m. for reports of a two-vehicle collision, according to Richmond RCMP.

The fatal collision prompted the closure of the No. 2 Road bridge and a warning from the Vancouver International Airport to drivers trying to access Sea Island.

No information about the suspected cause has been provided and police said Monday evening that road closures remained in effect.

Anyone with information or dashcam footage is urged to call authorities at 604-278-1212.