Natasha Harrison has not heard from her daughter, Tatyanna, since late March.

“I have no idea where she is,” said Harrison. “I’m just pleading, if anyone knows where she is, that they say something.”

Harrison says she spent all of April canvassing Surrey, where Tatyanna lives, for any sign of her. With no leads, she turned her attention to Vancouver’s Downtown Eastside.

She said it’s not an area her daughter frequented, and she wasn’t aware of her having a social circle in the area, but after canvassing the streets on her own, she learned Tatyanna may have been there.

Harrison filed a missing person report with the Vancouver Police Department on May 3. However, the VPD deferred the case to Surrey RCMP.

“People were saying ‘Yeah, she was down here.’ I pleaded for the VPD to take (the case) back up,” said Harrison, adding that witnesses had seen her daughter at shelters. “They still insisted on Surrey.”

CTV News followed up with Vancouver police to learn why the case was deferred to the Mounties, and was told they were following provincial standards for missing people, which require the police force where the person lives - or was last seen - to investigate.

Harrison said she felt as though the VPD did not take her daughter’s case seriously at first, ignoring tips that Tatyanna, who is Indigenous, was in the DTES.

“There’s a flaw in the system,” she said. “A girl on the Downtown Eastside stays missing. This is a high-risk situation and they were slow to respond.”

In late May, the VPD took over the case.

In an emailed statement to CTV News, a spokesperson for the VPD said: “Three weeks into the Surrey RCMP investigation it was revealed that Tatyanna had used a bank machine at the end of March in Vancouver. It was at this time that VPD Missing Persons Unit took over the investigation.” 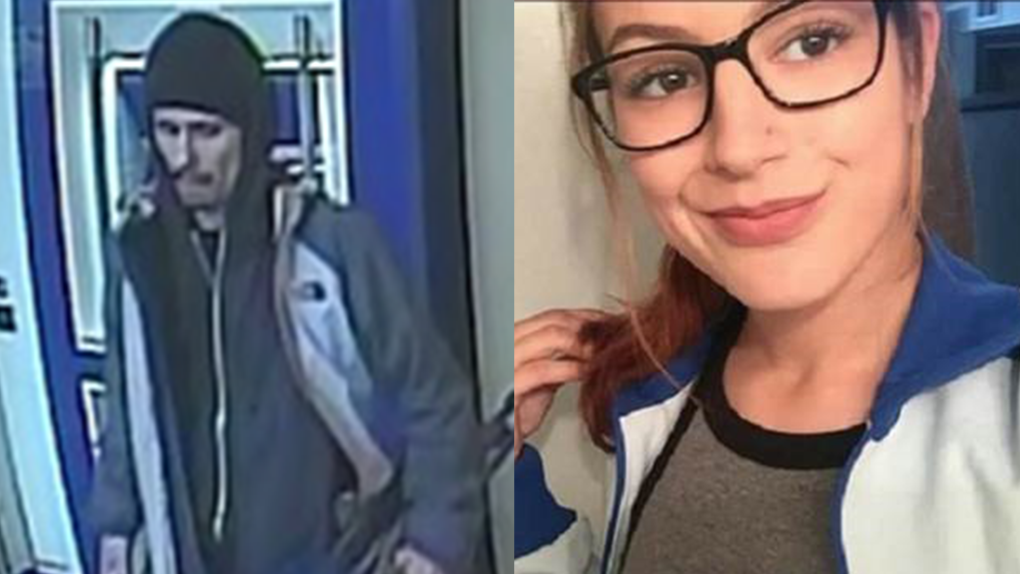 Police are trying to identify a witness, left, who might have information on the disappearance of 20-year-old Tatyanna Harrison, right. (Handout)
Last week, the VPD put out photos of a potential witness who is believed to have been with Tatyanna in Vancouver on March 23. Investigators hope the public can identify the man, who is not considered a suspect, but someone who may hold valuable information on Tatyanna’s whereabouts.

Harrison says her daughter used to be in regular contact with her, and though she has gone missing in the past, she’s never lost touch for this long.

Tatyanna is described as Indigenous, 5'1" tall and slim, with brown eyes and dark, medium-length hair.

Anyone with information on her whereabouts, or the identity of the possible witness, is asked to contact the VPD Missing Person Unit by calling 604-717-2530 or emailing vpd.missing@vpd.ca.

Anyone who wishes to remain anonymous can call Crime Stoppers at 1-800-222-8477 or visit SolveCrime.ca.