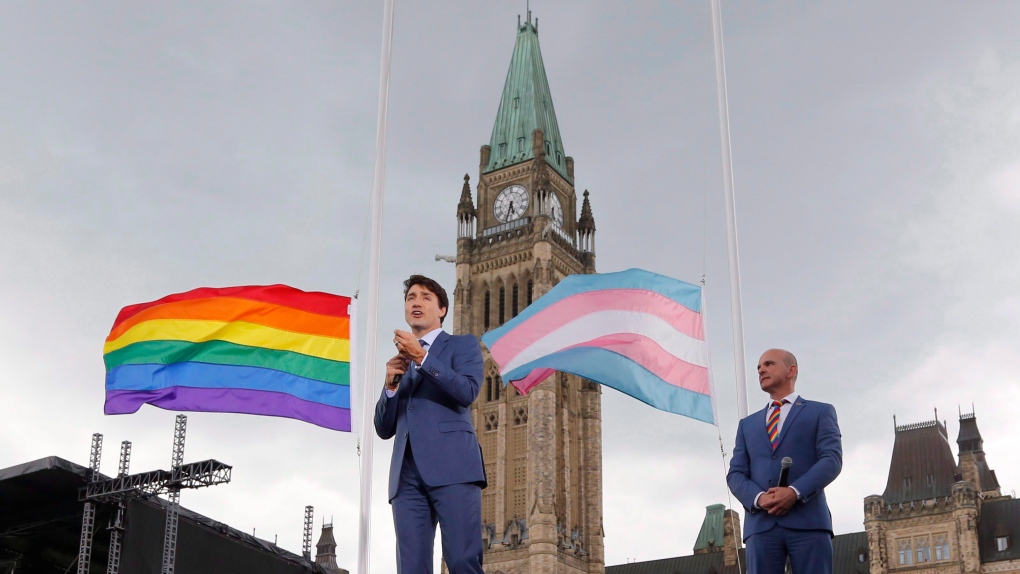 As the federal government mulls a crackdown on homophobic "conversion therapy," a new poll suggests the majority of Canadians support banning the widely discredited practice.

Conversion therapy is an attempt to turn gay, lesbian and bisexual people straight using a number of unproven, pseudoscientific treatments. In the past, those have included everything from electroconvulsive shock therapy to castration.

Several provinces already restrict or ban the interventions, but Research Co.'s latest survey found a full 58 per cent of Canadians would be happy to see them outlawed nationwide.

Women were more likely to support the ban than men, and younger respondents were more likely than older ones. The idea was also more popular in British Columbia than any other province, with 65 per cent either saying a ban should "definitely" or "probably" be imposed.

Around two-thirds of people who voted Liberal or NDP in the previous federal election agreed, compared to 43 per cent of Conservative voters.

Earlier this year, the federal government urged all provinces and territories to ban conversion therapy, calling the practice "shameful" and "cruel."

Letters sent to health ministers across the country in June also suggested the Liberals are considering Criminal Code reforms that would combat the practice.

Ridding the country of conversion therapy would be tricky however, as experts believe it is largely conducted underground and under the radar of health officials and law enforcement.

In the same poll, which was released ahead of the Vancouver Pride Festival, Research Co. asked whether the idea of using "psychological or spiritual intervention" to convert gay people is even possible.

One-quarter of respondents said it is, while 54 said it's not and 21 per cent said they aren't sure.

The majority of those surveyed also said transgender Canadians should be able to use the public bathroom of their choice, while one-third said they should use bathrooms based on their biological sex.

Research Co.'s poll was conducted online from July 15-17 among 1,000 adults in Canada. Surveys of that size carry a margin of error of plus or minus 3.1 percentage points, 19 times out of 20.