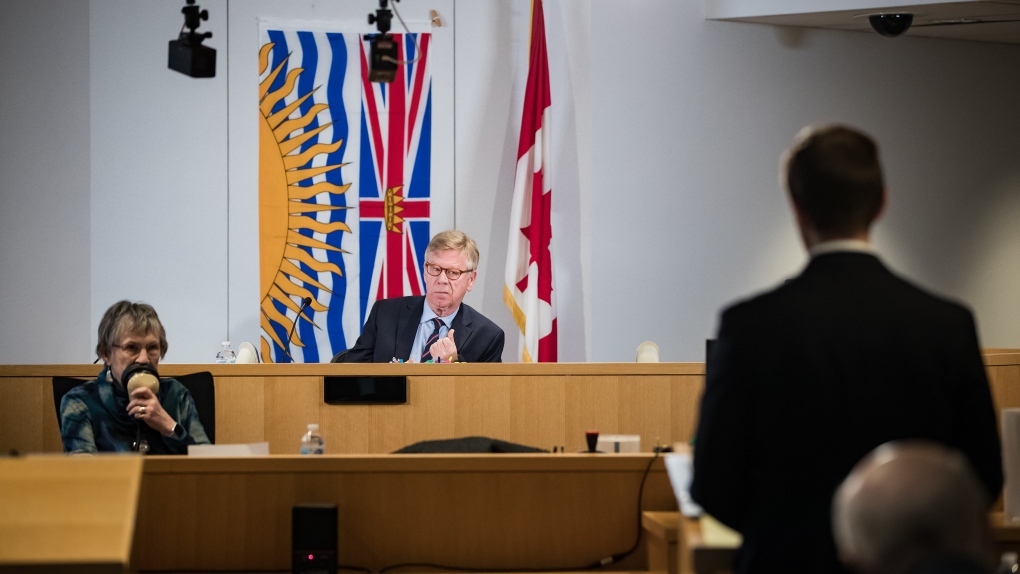 Commissioner Austin Cullen, back centre, listens to introductions before opening statements at the Cullen Commission of Inquiry into Money Laundering in British Columbia, in Vancouver, on Monday, Feb. 24, 2020. (Darryl Dyck / THE CANADIAN PRESS)
Vancouver -

An inquiry commission has received a six-month extension to file its final report into money laundering in British Columbia.

A statement from the Commission of Inquiry into Money Laundering in B.C. says the provincial government has approved a deadline extension to May 20 from Dec. 15.

It says inquiry commissioner Austin Cullen asked for more time to complete his report, because hearings and submissions that were to be completed several months ago did not finish until October.

Cullen, a B.C. Supreme Court judge, was appointed in 2019 to lead the public inquiry after several reports said the flow of hundreds of millions of dollars in illegal cash linked to organized crime was affecting B.C.'s real estate, luxury vehicle and gaming sectors.

The inquiry's mandate includes making findings of fact on the extent, growth and methods of money laundering, and making recommendations.

This report by The Canadian Press was first published Nov. 25, 2021.