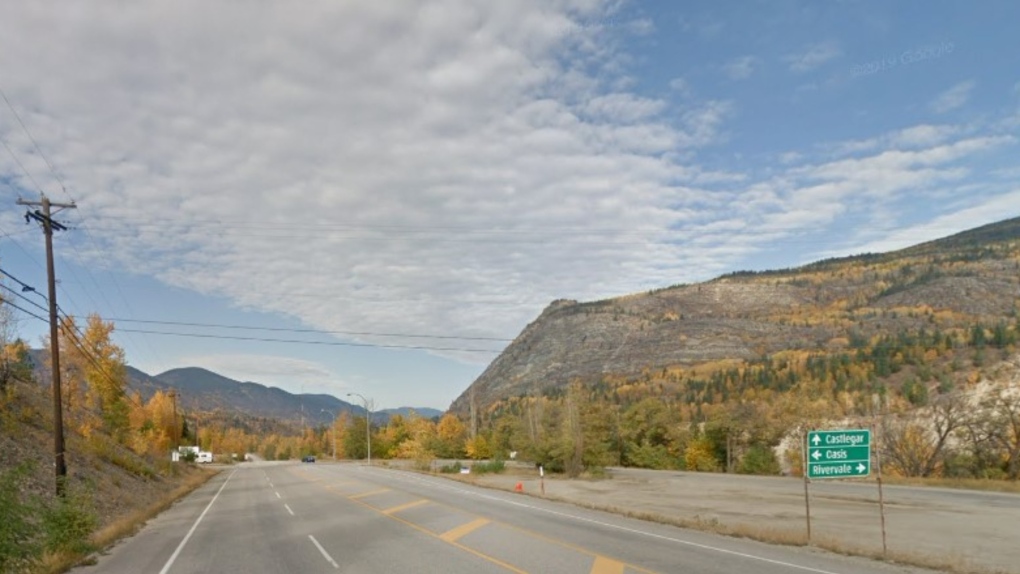 A stretch of Highway 22 north of Trail, B.C., is seen in a Google Maps image captured in October 2018.

Police are investigating a tragic head-on collision that left a 34-year-old woman dead and her four children injured near Trail, B.C., over the weekend.

Authorities said the crash happened shortly after 5 p.m. Saturday, when a Ford pickup truck entered an oncoming lane of traffic while heading north along Highway 22.

The pickup then struck a southbound Chevrolet SUV near Hanna Drive, killing a mother of four.

Her children, who are between the ages of eight and 14, suffered injuries that are not considered life-threatening, according to the B.C. Highway Patrol.

"The driver of the Ford pickup was not injured," Cpl. Mike Halskov said in a news release. "Everyone involved is from the local area."

Authorities said driver impairment has been ruled out as a factor in the collision, but investigators are looking to speak with any witnesses who may have seen the pickup prior to the accident – including drivers with a dashboard camera.

A previous version of this story incorrectly reported that the accident took place Sunday. The crash happened on Saturday.