SURREY, B.C. -- Warning: some of the images in this story may be disturbing to some readers.

The photos showing the bruises on Tavia Marlatt’s face are hard to look at.

But her mom hopes they help people understand the seriousness of the injuries Tavia suffers during epileptic seizures.

Tavia, now 23, has been having seizures since she was just seven.

Tavia has fallen twice during seizures in just the past two weeks.

“I fell over and smacked my head on a corner of the wall and ended up with a giant bubble here,” Tavia Marlatt told CTV News, pointing to her forehead.

Before the pandemic, support workers were helping Tavia, who also has a brain injury, for 35 hours a week so she could get to medical appointments and out into the community. It also provided respite for her mom.

“They completely shut down. They said zero service,” explains Renee.

She has since had some service restored, but her mom says it’s less than a third of the hours she was receiving before the pandemic, and it’s left Tavia feeling isolated.

“She sits at home. All day. Every day. She becomes more depressed and frustrated, comparing her life to the life of a typical 23-year-old,” says her mom.

“There’s a budget allocated to the dollars my daughter receives. Where does that money go?"

In a written response, Fraser Health says, “We have supports in place for people who have acquired brain injuries and specialized needs…While we cannot comment on specific cases, we can share that we are in communication with the family to help address any needs and questions.”

Meanwhile, the BC Epilepsy Society has just released a survey that gives the province a failing grade when it comes to the care of adults with epilepsy in B.C.

“If there could have been an F-minus, we would have gotten that for what has happened in this province,” Kim Davidson of the BCES told CTV News.

She says the survey was sent to thousands of B.C. adults with epilepsy and documents the shortcomings of the system.

She says care in B.C. is not up to par with the rest of Canada. She says doctors here are under-sourced, research is underfunded, and there are long waits for treatment and a lack of access to treatment that is available in other parts of the country.

Davidson calls the situation a crisis but says the health minister ignored her requests for a meeting for 18 months, and it took more than two years to finally get the meeting. 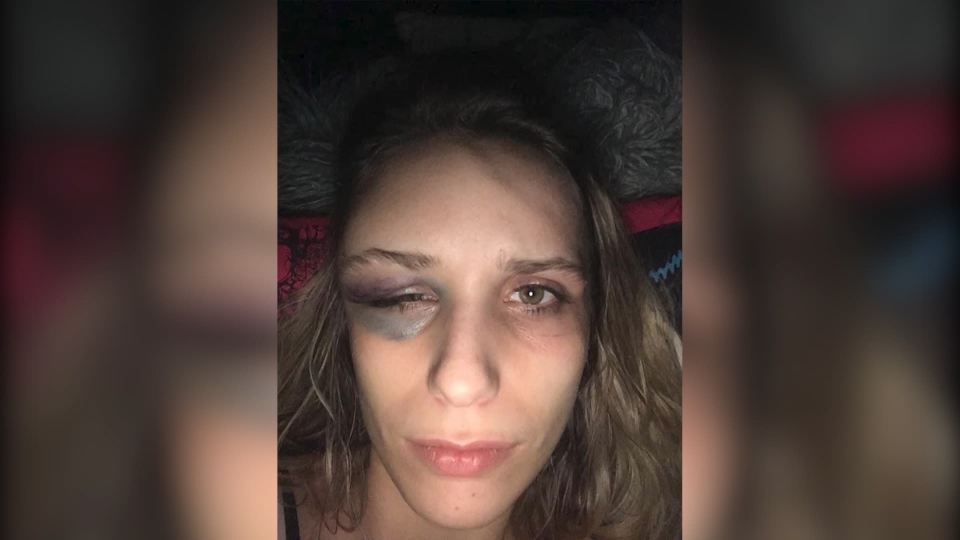 A bruise sustained during one of Tavia Marlatt's seizures is seen in this image.