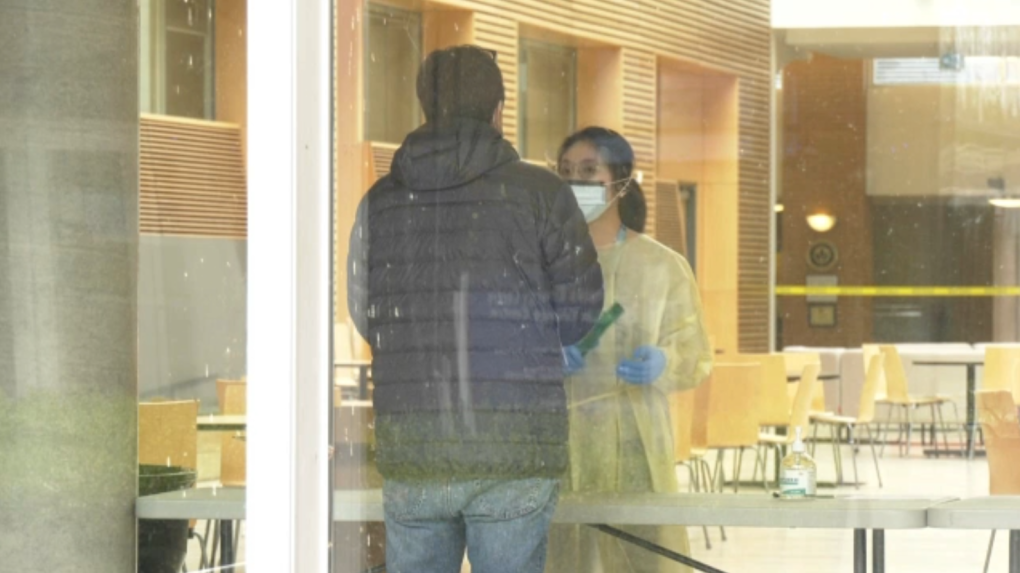 A COVID-19 testing site that first opened on Christmas Eve to help meet the surging demand for tests in Vancouver during the early stages of the Omicron wave is shutting down.

The testing facility at UBC's Life Sciences Centre will close on Jan. 27, according to a news release from Vancouver Coastal Health.

The health authority said the site was established as "a temporary testing location on Dec. 24 to support other Vancouver-based sites from late December through to January."

When it first announced the site in December, Vancouver Coastal Health did not describe the facility as temporary. A UBC news release from the time, however, indicated that it would operate until Jan. 28.

At the time, the Omicron variant had overwhelmed B.C.'s capacity to administer a PCR test to everyone in the province with COVID-19 symptoms. Rapid tests were being offered to people under age 65, but testing for otherwise healthy people in that age group was not recommended.

When it opened, the UBC test site offered only rapid tests, reflecting the recent change.

Since then, the province has further restricted testing. B.C. now recommends testing only for the unvaccinated, the immunocompromised and people who live or work in certain high-risk settings, and then only when such individuals have symptoms.

The changes to testing eligibility have eased the pressure on B.C.'s testing system, which conducted 10,940 tests on Wednesday, according to the B.C. Centre for Disease Control.

The system's maximum capacity, according to health officials, is roughly 20,000 tests.

"VCH continues to offer a variety of COVID-19 testing options in Vancouver for those who are eligible for testing," the health authority said in its statement Wednesday.

"Anyone who is eligible to get tested can attend any VCH testing site without an appointment. A list of testing site locations is available on the BCCDC website."

"VCH remains committed to ensuring those at higher risk of serious illness, or those who live or work in high-risk settings continue to receive low-barrier access to testing services," the health authority said.

The actions — or more notably, the inaction — of a school district police chief and other law enforcement officers have become the centre of the investigation into this week's shocking school shooting in Uvalde, Texas.