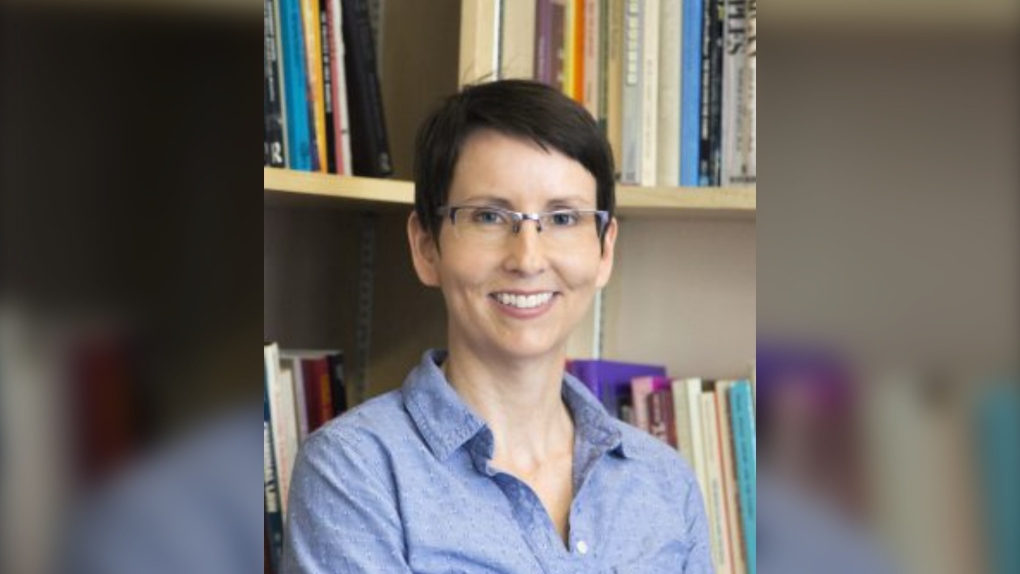 Sinikka Elliott, a UBC sociology professor who was loved by her students and colleagues, was found dead on Salt Spring Island, B.C., on May 15, 2021. (Handout photo/UBC)

The sociology professor and mother of two was found dead on Salt Spring Island on May 15, several days after she unexpectedly went missing.

Her close friend and UBC colleague Kerry Greer says Elliott’s children and husband were together when they received the news that her body had been found.

“They continue to be together,” she said.

RCMP have not released the cause of Elliott’s death, but say no crimes are suspected. She had been missing for four days when her body was found by search crews who combed difficult terrain near where her vehicle had been found.

Elliott’s independence and support of others is crucial when remembering her, Greer said.

“Her autonomy and her ability to act and do things in the world is so important to her story,” Greer said.

“She used her position (as a teacher and researcher) to support others. But she started with where you were at and what you were doing,” she said.

Elliott completed her PhD at the University of Texas at Austin in 2008 and was hired at UBC in 2017, where she eventually achieved tenure. Greer said Elliott’s research was remarkable, in part, because she looked at how people responded to being marginalized.

“She's not saying that, ‘Oh, these poor children are victims of bad policy.’ She's saying, ‘Look at how these kids respond to these situations. These kids have a response, and we need to understand their response.’”

Greer, who spoke to CTV News Vancouver from her home in Point Roberts, Wash., said she will be mourning Elliott from afar, due to COVID-19 restrictions limiting travel.

“I've been lighting candles and thinking of her in the past week,” she said.

Greer said that Elliott had been living with her husband, building a house on Salt Spring Island when she went missing. The mid-sized island has a bustling community and is located between Vancouver and Vancouver Island.

‘She was the best’

Umay Kader, one of Elliott’s PhD students says the professor was the best supervisor she could have asked for. In the trials and tribulations of doing her doctorate, Kader says Elliott always supported and reassured her.

“I always asked for advice all the time,” she said. “And there was no single time that she let me down.”

Kader, who has been working closely with Elliott for the past three years, said she will remember Elliott for her work as an activist academic who cared deeply for her research participants.

Elliott supported Kader both professionally and personally – helping her feel more confident about her future in academia and also supporting her in taking time off to see family.

“She always encouraged me to be hopeful to move forward with my research ... she was the best,” Kader said.

The head of the sociology department at UBC released a statement on Saturday, saying that Elliott had a “deep-felt commitment to social justice and equality for all” and who mentored her students.

“Sinikka was particularly devoted to her students in Sociology, helping them to learn and grow personally and intellectually,” reads Guy Stecklov’s statement.

Elliott was widely respected in her field for her research on families and equity-seeking groups, and scholars from across North America have taken to social media to share their grief at her death.

Mignon R. Moore, president of Sociologists for Women in Society and a professor at Columbia University, shared condolences on behalf of the group.

Sociologists for Women in Society @socwomen mourns the sudden loss of our community member, Professor Sinikka Elliott. Our sincere condolences to her family, friends, colleagues and students. https://t.co/9LgfLvhyKi

“Sociologists for Women in Society mourns the sudden loss of our community member, professor Sinikka Elliott,” she said on Twitter.

“Our sincere condolences to her family, friends, colleagues and students.”

Another professor, Kate Cairns of Rutgers University, called her a “kind and generous person, in addition to a brilliant powerhouse.”

“(Sinikka was) a breath of fresh air at conferences. I thought of her as a colleague and friend and a model of feminist scholarship.”

I knew Sinikka Elliot to be a deeply kind and generous person, in addition to a brilliant powerhouse. A breath of fresh air at conferences. I thought of her as a colleague and friend and a model of feminist scholarship. Sending love to all who knew her and will miss her. ❤️

More than 130 professionally trained yet unpaid crew members contributed to the search for Elliott, according to the Salt Spring Island Search and Rescue unit.

The unit posted to Facebook on Sunday, saying that the crew members had come from 21 different search and rescue teams from across the province. Local businesses and residents donated and prepared food, lent logistical equipment, and several hotels and inns provided “mutual aid” accommodation to search team members.