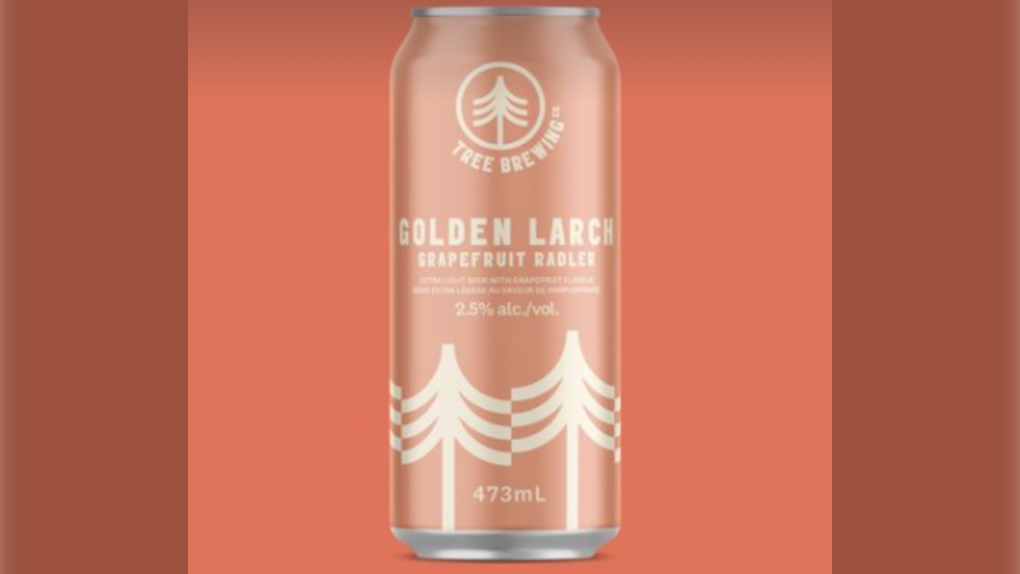 Tree Brewing Co. is recalling its Golden Larch Grapefruit Radler because the product contained sulphites not declared on the label. (@treebrewing/Instagram)

Tree Brewing Co. is recalling its Golden Larch Grapefruit Radler because the product contained sulphites not declared on the label.

The recall covers Golden Larch Grapefruit Radler sold in 473 millilitre cans with a package date of Mar. 15, 2022, as well as the Season Pass eight-pack, which contains two cans of Golden Larch.

The affected products were sold in Alberta and British Columbia.

The Canadian Food Inspection Agency says there have been no reported reactions.

The recalled radlers should be thrown out or returned to where they were purchased.

This report by The Canadian Press was first published May 14, 2022.

Former Wagner commander says he is sorry for fighting in Ukraine

A former commander of Russia's Wagner mercenary group who fled to Norway told Reuters he wanted to apologize for fighting in Ukraine and was speaking out to bring the perpetrators of crimes to justice.