Several trees have been downed in a SkyTrain parking lot in Surrey, and TransLink believes some furry, flap-tailed suspects could be to blame.

The trees were felled inside the Park-and-Ride lot at the Scott Road SkyTrain Station, and though the vandalism could be the work of humans, TransLink has another theory.

"Staff told us there's actually some beavers close by, so they might be the culprits," said Chris Bryan, spokesman for the transit agency.

The parking lot is close to a pond, as well as the Fraser River, but Bryan said staff members have yet to spot any beavers near the crime scene, and the investigation remains open.

There are some tell-tale signs, however, including apparent bite marks on the trees. 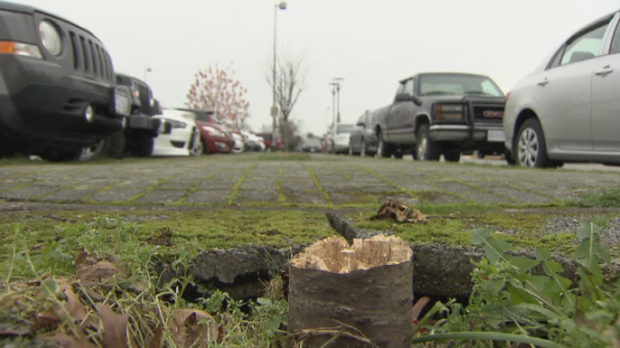 "The question's been gnawing at our staff, so we want to know what's really going on there," he told CTV News.

TransLink said three trees were damaged, two of which were fully downed. Staff will be re-planting them in the spring, probably with some mesh around the bottom to keep them protected, Bryan said.

Beavers aren't as common a sight in cities as rats, their fellow-rodents, or raccoons, but they have become regular visitors in Vancouver's Olympic Village.

The iconic Canadian creatures have been known to build dams in the waters of the neighbourhood, and have even inspired a dedicated Twitter account.

For the record, Bryan said TransLink is a fan of the buck-toothed rodents – which is why they named one of their SeaBuses, the Burrard Beaver, after them. 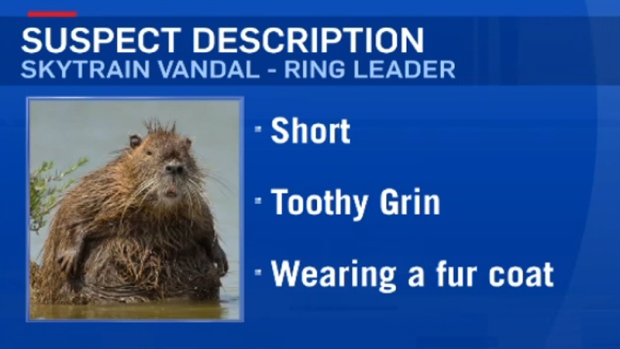