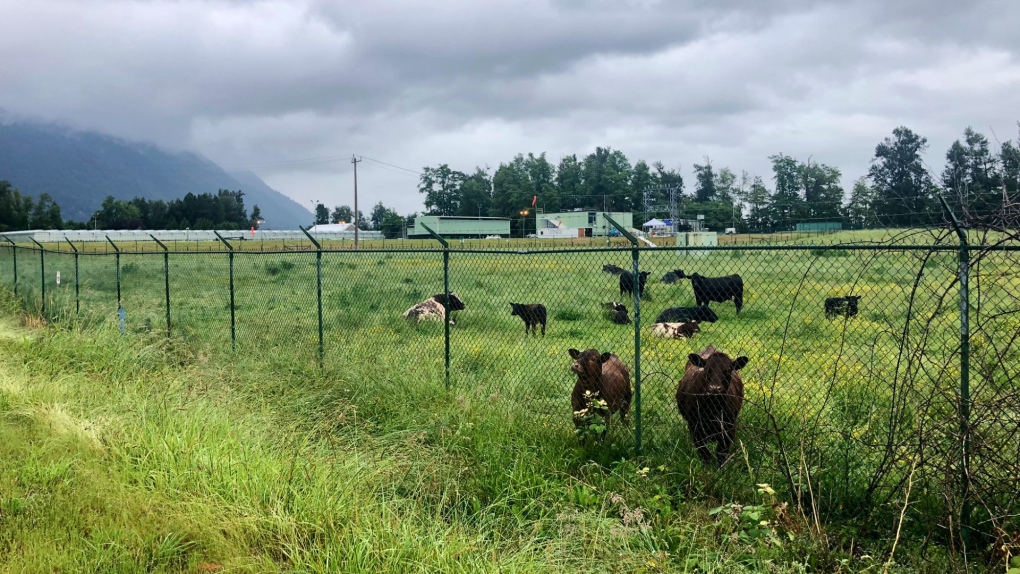 The oil was spilled on Trans Mountain property, near a field where livestock graze. (CTV)

VANCOUVER -- Trans Mountain says oil is flowing again through its pipeline after as much 190,000 litres of light crude spilled from a pumping facility in Abbotsford, B.C.

A statement from the Crown-owned company says the pipeline was restarted Sunday afternoon.

The line was shut down early Saturday when an alarm was triggered at the Sumas pump station.

An investigation continues but Trans Mountain linked the cause to a fitting on a 2.5-centimetre pipe, and says the oil was contained, recovered and slated for disposal.

A statement posted late Sunday by the Environment Ministry says Trans Mountain's is co-ordinating the response at the site, along with environmental and emergency contractors.

The ministry says there has been no reported impact to groundwater, but monitoring continues.

He said in a statement that it happened just south of a cultural and burial ground of great significance to his people.

“Our main concern is for the cleanup of this spill and preventing further impacts to our territory. We need to have our monitors on the ground immediately.”

Trans Mountain said crews at its incident command post were working on the cleanup with local officials, area Indigenous groups, the Canada Energy Regulator, the Transportation Safety Board and the province.

The pipeline moves about 300,000 barrels of crude a day between Alberta and B.C.'s waterfront terminal near Vancouver.

The federal government approved expansion of the Trans Mountain pipeline last June that will triple its capacity.