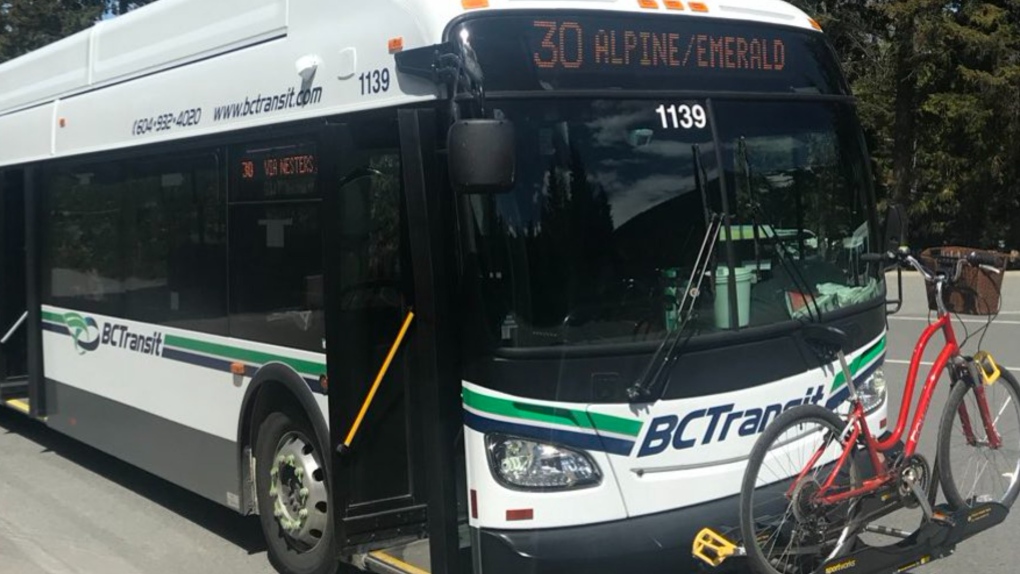 The months-long transit strike in B.C.'s Sea to Sky region may be coming to an end, after representatives from the union and the employer signed a tentative agreement Friday.

Neither side has released any details of the agreement, which will be put before members of Unifor Local 114 for a vote on Monday.

In a news release, the union said its bargaining committee "unanimously recommended" that members ratify the agreement.

Residents of the communities of Squamish, Whistler and Pemberton have been without transit service since Jan. 29, when Local 114's 80 members went on strike.

Multiple rounds of talks began and then broke down over the course of the four-month strike.

“Transit workers in the Sea to Sky went on strike to address the deeply unfair disparity between their wages and benefits and what is paid in other regions,” McGarrigle said.

“Local 114 members maintained a solid picket line and grew community support for their fight. I think they’ve accomplished a lot in these negotiations and demonstrated the importance of regional transit to these communities.”

In its own statement, employer Whistler Transit Ltd./Diversified Transportation – also known as PW Transit – said it was "pleased" to have reached the tentative agreement.

The employer added that details on the resumption of transit services in the region would be released "shortly."

The union said transit would resume "when it is safe to do so."

BC Transit, which contracts PW Transit to operate the Sea to Sky system, also promised more information on a resumption of operations soon.

"BC Transit understands the serious impact this job action had on residents and local businesses in the community, and heard customers’ frustrations," the provincial transit agency said in a statement Saturday.

"We sincerely apologize for the inconvenience of the past few months and are pleased the parties were able to reach this agreement."

As NATO prepares to embark on the greatest overhaul of the alliance’s deterrence capabilities since the Cold War at a leaders’ summit in Spain, Canada’s role in the new defence strategy remains uncertain.

NATO declared Russia the 'most significant and direct threat' to its members' peace and security, as the military alliance met Wednesday to confront what NATO's chief called the biggest security crisis since World War II.

Most domestic flights in Canada getting cancelled, delayed: data firm

More than half of all domestic flights from some of Canada's major airports are being cancelled or delayed, recent data has shown.

Canada Day celebrations are making a return after two years of scaled-down festivities because of the COVID-19 pandemic, but some Canadians hoping to catch a traditional parade may be out of luck.

An RCMP officer who was among 22 people killed in the 2020 Nova Scotia mass shooting is being remembered today during a regimental memorial service in Halifax.

Tensions were high Wednesday in the western Indian city of Udaipur, a day after police arrested two Muslim men accused of slitting a Hindu tailor's throat and posting a video of it on social media, in a brutal attack representing a dramatic escalation of communal violence in a country riven by deep religious polarization.