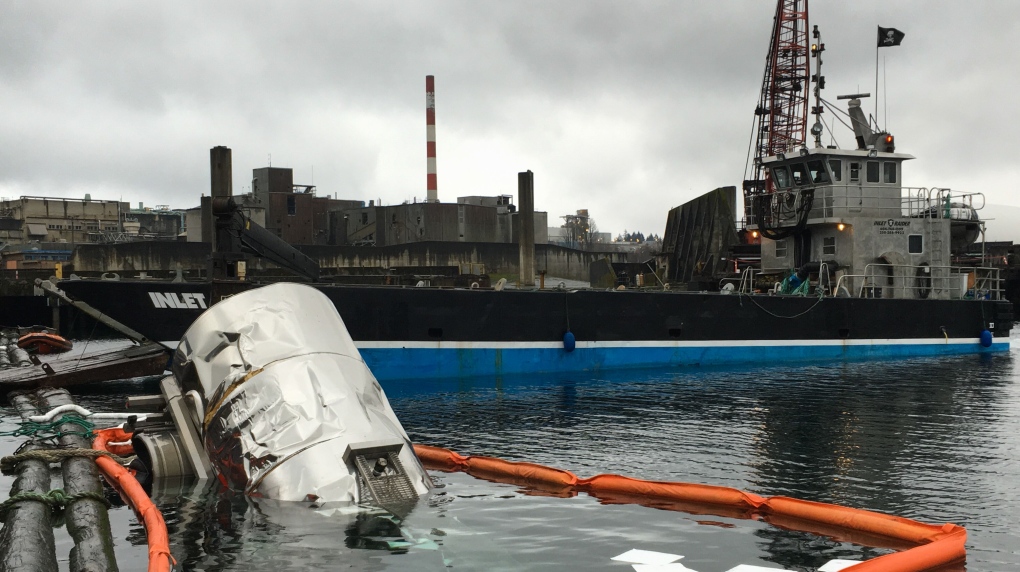 VANCOUVER -- A tank trailer full of dead fish has fallen into the water off the coast of Vancouver Island.

The trailer was on a barge owned by Coastal Seatrucking Ltd. when it fell into Duncan Bay, north of Campbell River.

James Lawson, a commercial diver who witnessed the aftermath of the accident, told CTV News he could see something leaking into the water.

"There's a hatch and a valve and it's indented," he said. "There was some fish matter settled and then occasionally it would spurt out a pink liquid that would diffuse into the surrounding water."

Officials have not confirmed any details about what happened. CTV News has reached out to Fisheries and Oceans Canada for comment.

Bill Vaughn, owner of Coastal Seatrucking, insisted the situation was under control as of Monday evening and that nothing had spilled from the trailer.

"Fisheries and Oceans has been involved, everybody's there," Vaughn said. "Not a thing leaking out of it and we're going to pump it out tomorrow morning and take the trailer out of the water."

Coastal Seatrucking declined to say who owns the trailer, but Vaughn said the fish inside it are dead.

Activists who captured pictures and video of the accident said the fish are farmed Atlantic salmon.

The incident follows less than two weeks after some 21,000 non-native salmon escaped into B.C. waters from a fish farm owned by Mowi Canada West.