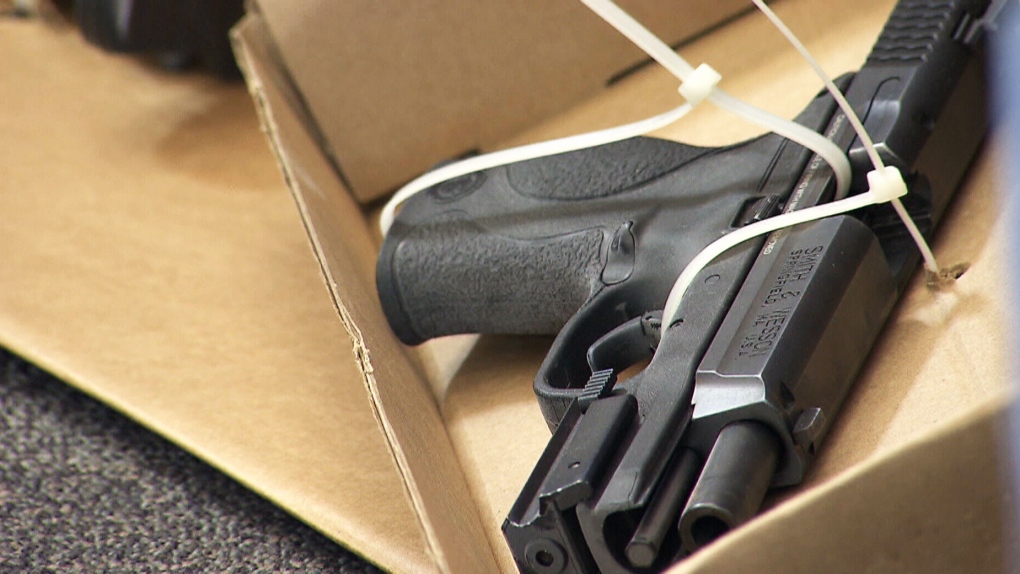 A Liberal MLA has introduced a bill that would mean more consequences for those caught driving a car containing an illegal firearm in what the party is calling "an important step to making B.C.’s streets and highways safer."

“Gun and gang violence is a serious concern in communities throughout British Columbia, where too many families have been left grieving the loss of loved ones,” Hunt said in a statement.

“This bill recognizes that illegal firearms are often tied to organized crime and provides a new tool to law enforcement officers to keep criminals off our roads – with a goal of preventing more families from enduring this heartbreak.”

Under the Prohibiting Driving with Illegal Firearms Act, those found guilty could face up to six months in prison, up to $10,000 in fines as well as a year-long driving suspension. Repeat offenders would face stiffer penalties.

Members of the grassroots anti-crime organization Wake Up Surrey have already expressed their support for the bill.

While owning or carrying unlicensed, unauthorized and certain unregistered firearms is already against Canadian gun laws, Hunt said Wednesday his bill arose out of a lack of tools for law enforcement officials.

"That was the conversation we had with law enforcement – that the only took they have today is to confiscate the firearm," Hunt said.

"Everyone in the vehicle gets to say 'It's not mine. I didn't know it was here' and they can do absolutely nothing ... This is to bring consequences to those who are operating that vehicle for that firearm being in the vehicle."

A report from Statistics Canada released last year named B.C. as one of the provinces most responsible for driving up the national homicide rate in 2017.

"With 2.45 homicides per 100,000 … the homicide rate in British Columbia was up 32 per cent, making it the province's highest rate since 2009," the agency said at the time. "This increase occurred in both urban and rural areas and can be partly explained by more gang- and firearm-related homicides."

In Wednesday's release, Hunt put the responsibility of curbing gun violence squarely on the shoulders of the province's NDP government.

“British Columbians – including my constituents in Surrey – are rightfully concerned about gun and gang violence and what John Horgan and the NDP are doing to address it,” he said. “B.C. needs bold action from John Horgan to keep our communities safe.”

The bill's introduction comes just two weeks after the province announced some $5 million in funding for initiatives that work to combat gang and gun violence in B.C. communities.

In March, Education Minister Rob Fleming announced a $1.12 million initiative that would province "intensive supports" to help at-risk youth stay away from the life of crime.

Public Safety Minister Mike Farnworth said the province is also taking action on gangs and guns through new witness protection legislation and civil forfeiture rules that allow for vehicles with guns inside them to be seized.