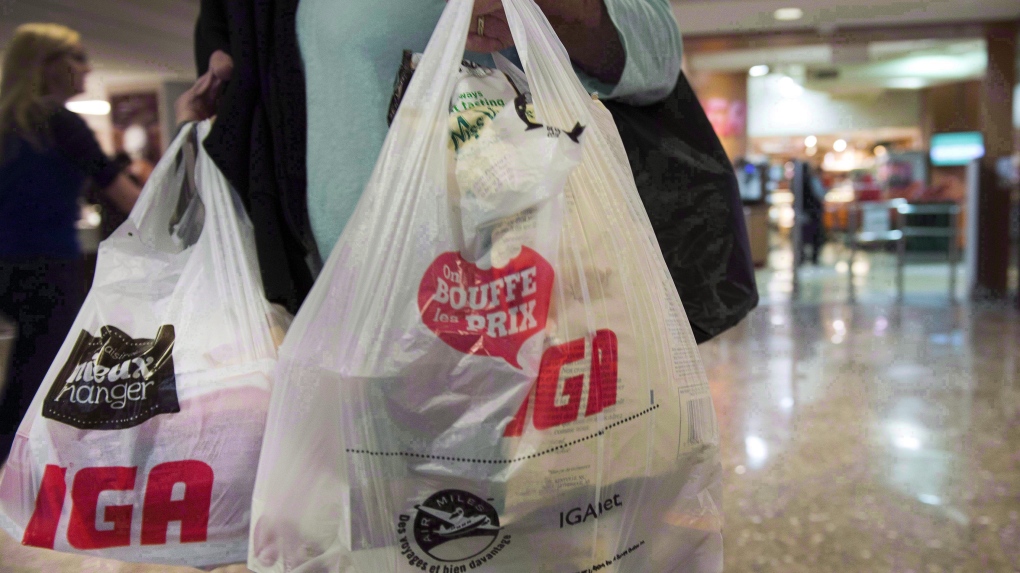 A woman leaves a grocery store Friday, May 15, 2015 in Montreal. (THE CANADIAN PRESS/Ryan Remiorz)

Councillors have adopted a bylaw that would seek provincial permission to ban single-use plastic items.

The B.C. government confirmed in September that it would approve all such municipal bylaws and has already signed off on bag bans for Victoria, Saanich, Richmond, Ucluelet and Tofino.

Vancouver operates under different legislation and did not need provincial certification to ban bags effective Jan. 1, 2022, while its prohibition on foam containers and other single-use items has been in effect for almost a year.

Surrey's bylaw mirrors those already approved in other municipalities requiring merchants to charge fees for paper or reusable bags, in order to encourage consumers to use their own.

Surrey council has also more than doubled penalties for illegal cutting of trees, raising fines to as much as $5,000, depending on the type of tree, while also hiking the penalty to $20,000 for damaging or cutting any of the city's “significant trees.”