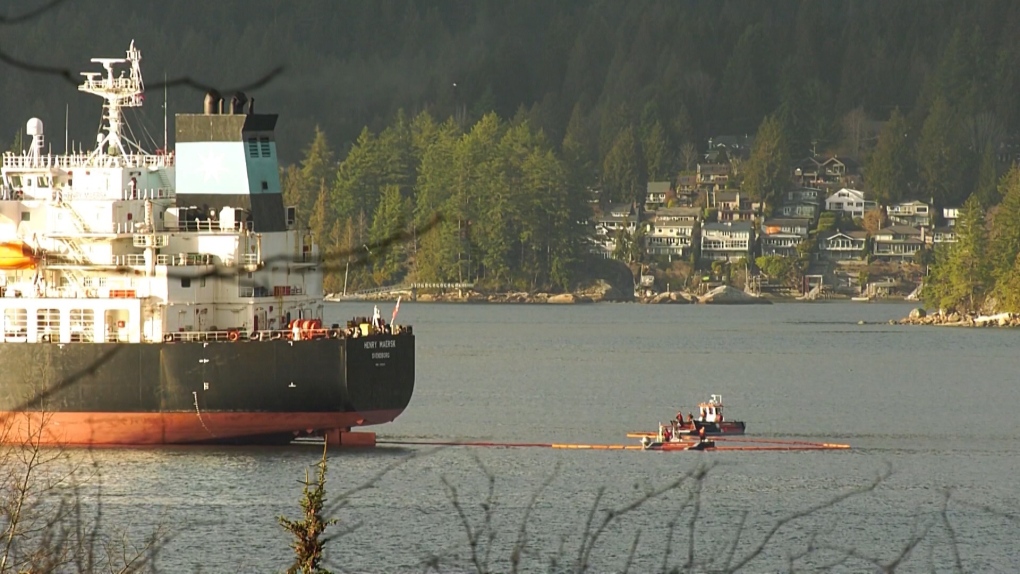 The coast guard was notified after heavy oil spilled off the deck of a tanker in Burrard Inlet on Feb. 22, 2021.

VANCOUVER -- Clean-up crews are being credited for taking quick action that helped prevent a fuel spill from a tanker in Burrard Inlet from spreading too far.

Shortly before 10:30 a.m. Monday, the Canadian Coast Guard was notified after heavy oil spilled off the deck of a tanker that was being fuelled near the south end of Indian Arm.

Crews could be seen working near a tanker Monday along with a boom in the water.

The coast guard says a crew was sent from its Kitsilano Base and Transport Canada flew over the site to confirm the extent of the spill.

About three litres got into the water, but none of it reached the shore and sorbent material was used to capture some oil off the water.