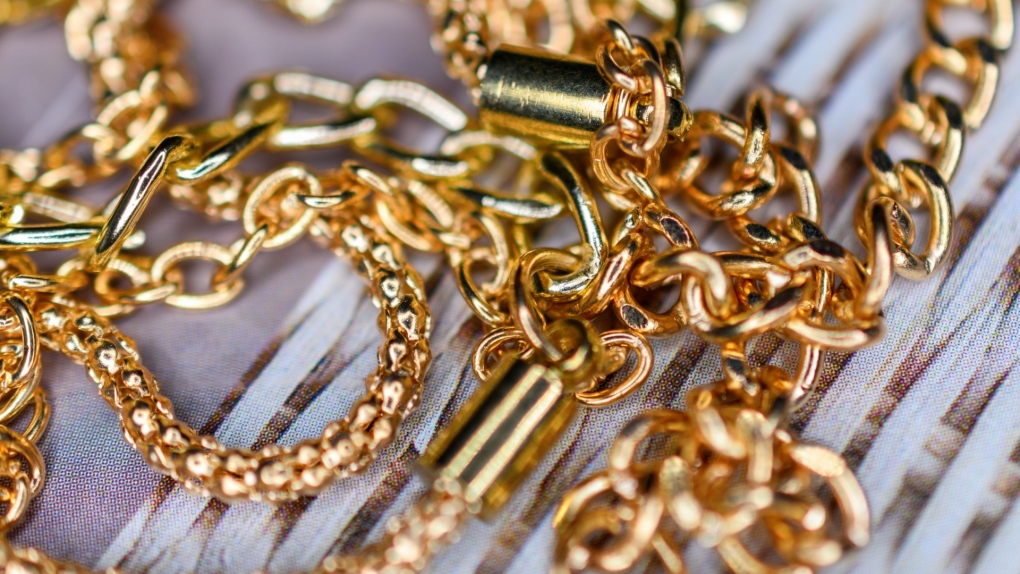 A cash-for-gold scam is being reporte in several B.C. cities. (Image credit: Shutterstock)

Mounties are warning of a fake gold scam that has been reported in several Lower Mainland communities this month, saying the fraudsters "put on a pretty compelling show."

North Vancouver RCMP issued the warning Monday, and though the detachment said there have not been any incidents reported in that jurisdiction, a spokesperson told CTV News there have been two in Coquitlam and one in Richmond.

According to Const. Mansoor Sahak, one particularly concerning aspect of the "elaborate ruse" is the alleged involvement of children. In the reported cases, a group of people, usually driving a rental car, approach potential victims asking for help, claiming they are "wealthy foreigners" who can not access their riches due to issues with Canadian banks

"They wear layers of gold-coloured necklaces, rings on just about every finger, big gaudy earrings, and even the children are decked out in sparkling finery. The men are usually wearing business attire, and the women are dressed in clothing reminiscent of Middle Eastern cultures," Sahak wrote in a media release.

After offering to sell some of their jewelry to the potential victim at a discount, the scammers make off with the money.

"Once the scammers have the cash in hand, the unwitting victim goes to a jeweller to sell the items only to discover they are all but worthless," the statement continues.

Anyone who is approached by such a group is urged to call 911 and anyone who has had a similar experience but not yet reported it to authorities is asked to do so by contacting their local police department.

'This is too much': B.C. mom records police handcuffing 12-year-old in hospital

A review has been launched after police officers were recorded restraining a handcuffed Indigenous child on the floor of a Vancouver hospital – an incident the Union of B.C. Indian Chiefs has denounced as "horrendous."

Hyundai cars in Canada don't have the same anti-theft issue compared to those in the United States, a company spokesperson says, following reports that two American auto insurers are refusing to write policies for older models.