An Instagram account belonging to one of the two gunmen killed in a shootout at a bank in Saanich, B.C., this week paints a picture of a young man who believed gun ownership was a necessary response to government "tyranny."

CTV News Vancouver Island has confirmed that the now-deleted account @isaacauchterlonie867 belonged to Isaac Auchterlonie, one of the two 22-year-old gunmen killed by police Tuesday.

At a news conference Saturday, police identified Isaac and his twin brother Mathew Auchterlonie as the two men killed in a shootout with police at the Bank of Montreal on Shelbourne Street in Saanich.

The content of the posts reflected these interests. Interspersed with beauty shots of B.C. nature and clips from Second World War documentaries were numerous photos of guns and ammunition.

There were also videos of Auchterlonie firing rifles in the woods, often accompanied by anti-government hashtags. 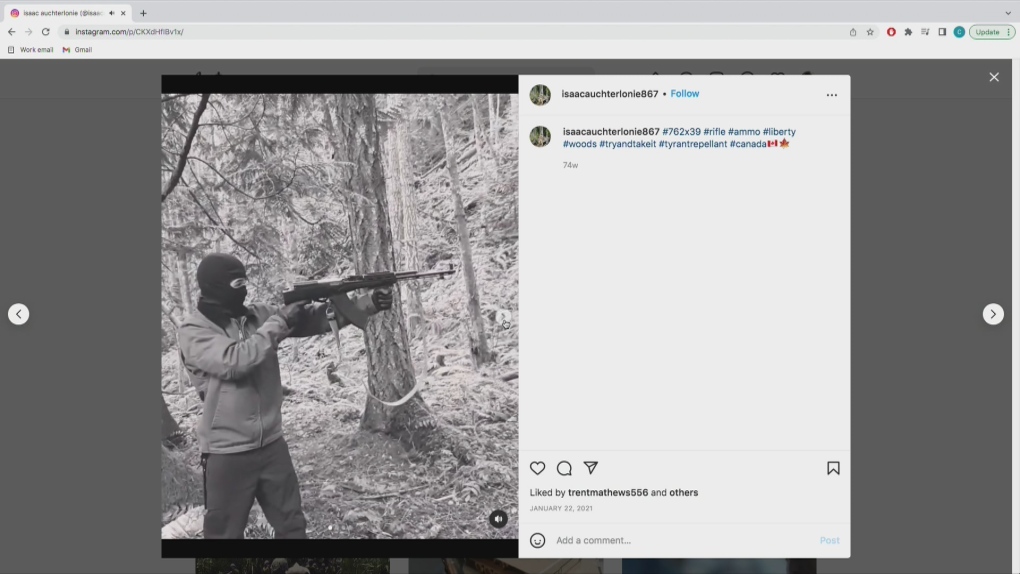 There were also videos of Auchterlonie firing rifles in the woods, often accompanied by anti-government hashtags.

In one post that seems particularly troubling in retrospect, Auchterlonie shared clips from a documentary about the 1997 North Hollywood shootout, in which two heavily armed people robbed a bank and injured more than a dozen people during a 44-minute standoff with police.

The Auchterlonie brothers injured six police officers during their shootout this week. Three remained in hospital as of Thursday.

Auchterlonie's Instagram post about the North Hollywood incident was posted on the event's anniversary and captioned only with "24 years ago today" and some hashtags.

Another post on the account expressed opposition to COVID-19 vaccination and contrasted it with gun control legislation.

"When they try to give vaccine and they also try and take guns," the post read, followed by the hashtags #tryandtakeit and #getwhatyoudeserve, as well as one directing profanity at Prime Minister Justin Trudeau. 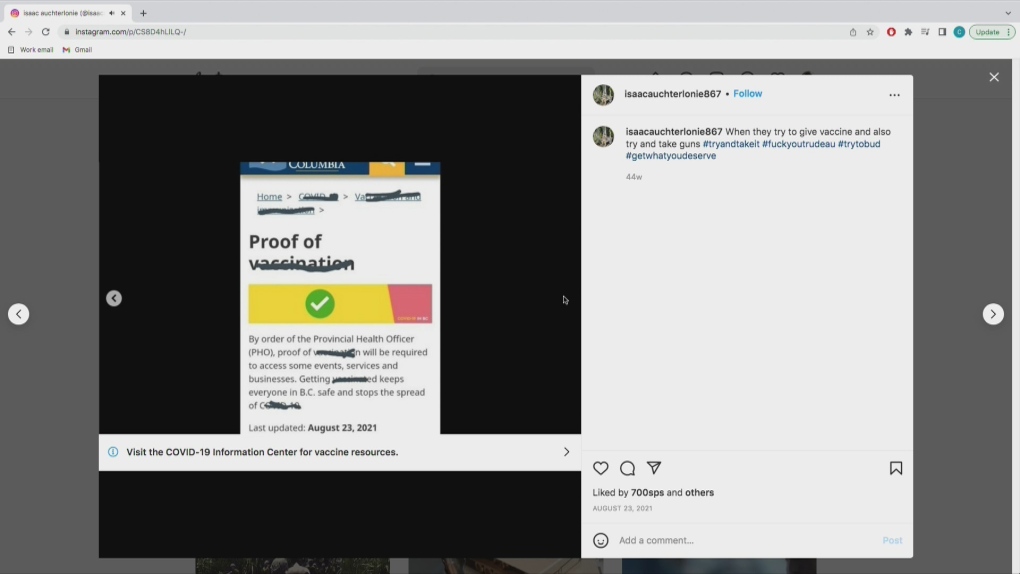 Another post on the account expressed opposition to COVID-19 vaccination and contrasted it with gun control legislation.

Police said Saturday that the motive for the Saanich robbery and shooting remains unknown.

"There are still many questions and investigation efforts that need to take place in order to fully understand what took place and why," said BC RCMP spokesperson Cpl. Alex Bérubé during the news conference.