Richmond cat shot in the face with pellet gun

VANCOUVER - A Richmond family is helping their pet cat recover after it was apparently shot in the face with a pellet gun.

Mittens, an indoor-outdoor cat, returned home Thursday after some exploring with his face caked in blood, owner Matt Buckingham said.

"The cat was laying on the bed with his back faced to us … sitting there all stoic," he said, suggesting the cat was in pain.

He rushed Mittens to a veterinary clinic in South Vancouver, where the animal doctors initially assumed the cat was bitten by a racoon. But after they took X-rays, the images showed pellets lodged in Mittens' nose and the base of his neck. 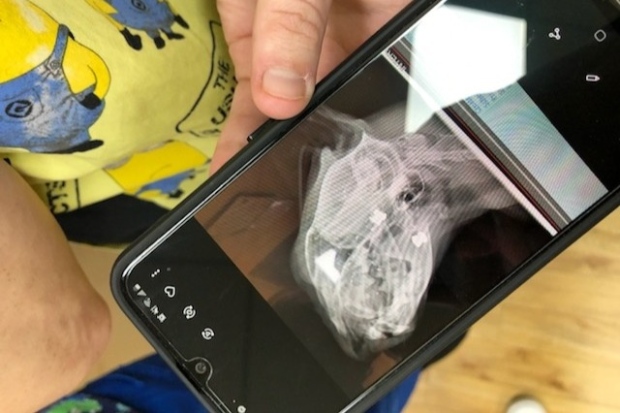 "I don't want to start accusing people because I don’t have any proof," Matt said. But he has heard of teenagers playing with airsoft and BB-style rifles in nearby Terra Nova Park, he said.

When the Buckinghams shared the experience on social media, other Richmond residents commented they'd also seen people playing with pellet guns in the neighbourhood. CTV News Vancouver asked these neighbours if they'd like to elaborate but has not yet received a response.

"What senseless human being could shoot a little animal like that? A very dark, dark person," said Lee Anne Buckingham.

Now, they're is trying to raise money through a GoFundMe page to pay for surgery to remove the pellets from Mittens' face. The initial emergency care cost nearly $1,000, and they don't have an additional $1,400 to pay for surgery right away.

For now they're taking care of Mittens at home. The cat has been able to drink, but is sensitive about eating because of damage to the roof of his mouth.

"They missed the vital organs, but (they were) very close to penetrating the brain," Matt said.

Lorie Chortyk, spokesperson for the BC SPCA, said that unfortunately the agency sees both cats and dogs get injured by pellet guns. A cat being cared for by the BC SPCA's Nanaimo branch was shot five times with a BB gun earlier this year.

According to Richmond's bylaws, it's illegal to fire a pellet gun in the neighbourhood where the Buckinghams live and in Terra Nova park. 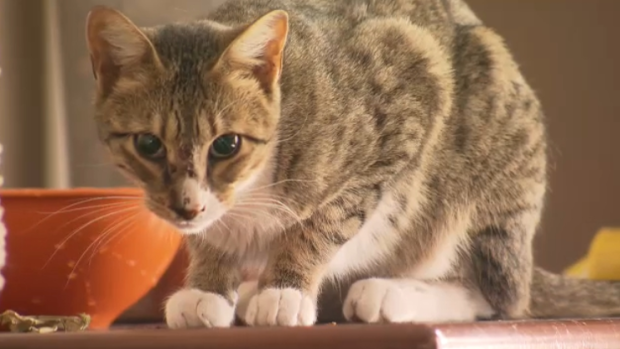