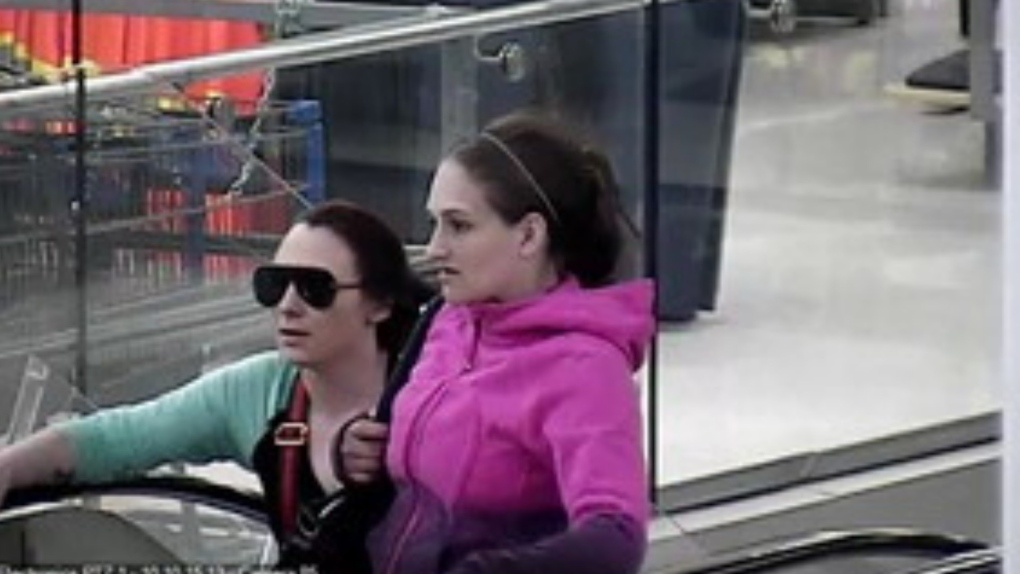 Police say they have exhausted all avenues in identifying the suspects and released surveillance photos of the pair Wednesday in hopes someone can identify them.

The suspects are accused of performing the transactions at several places between May 14 and 27, though police did not specify the locations.

The first suspect is described as white, about 20 years old with a slim build and dark hair. She was wearing large black sunglasses, a black T-shirt with turquoise sleeves and black leggings. She was carrying a cross-body bag with red and green straps, and may have a tattoo on her right forearm.

The second suspect also had dark hair tied into a ponytail and was wearing a pink and purple hoodie with brown boots. She was carrying a black purse.

Anyone who recognizes the women is asked to contact Const. Sam Ko at 604-463-6251 or Crime Stoppers.