Recall of chicken sold in hospitals, restaurants expands to include more brands 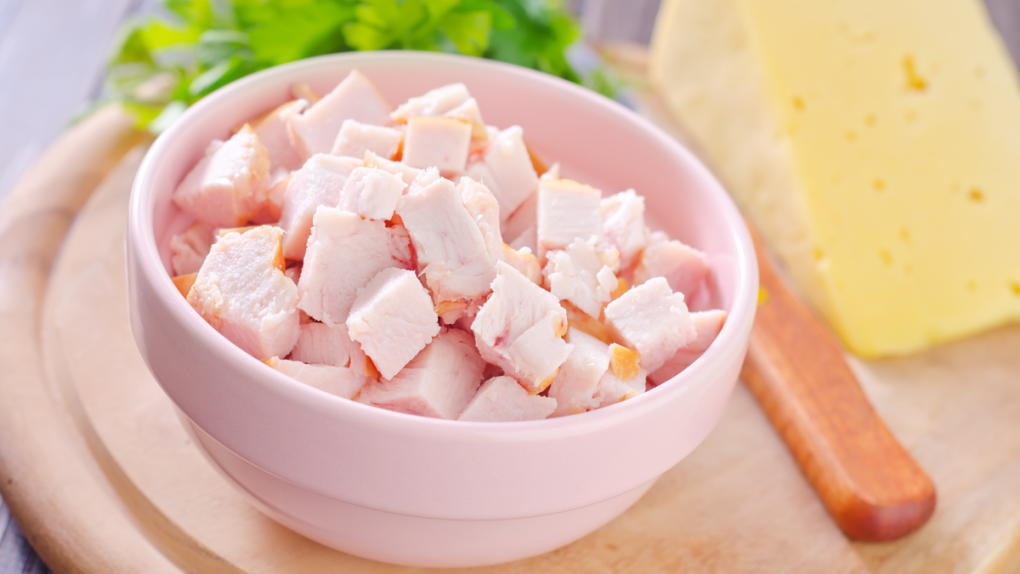 Diced chicken is seen in an image from Shutterstock.com.

A recall involving pre-cooked chicken served in nursing homes and hospitals across Canada has been expanded to include other brands.

From Sysco, the recall applies to "natural proportions cooked shredded chicken," an item that came in a similar sized package with the same packing date, and the UPC of 007 34730 21450 4.

The items were identified during a Canadian Food Inspection Agency investigation into another similar product.

The packing date and package sizes are the same as fully cooked, diced chicken from Rosemount, which was announced as being contaminated over the weekend.

All of the products are distributed to food service establishments including hotels, restaurants, cafeterias, hospitals and nursing homes.

The investigation was trigged by an outbreak of foodborne illness, and further recalls are possible. The latest information from the Public Health Agency of Canada suggests illnesses were reported in B.C., Manitoba and Ontario between November 2017 and June 2019.

Those who fell ill were between the ages of 51 and 97. The PHA did not say where the contaminated food had been consumed.

The CFIA investigation is ongoing, and it's possible that more products will be recalled as a result.

So far, the products are known to have been distributed in B.C., Alberta, Saskatchewan, Manitoba, Ontario, Quebec and Newfoundland, but the CFIA says it's possible they were also served in other provinces.

Retailers and food service establishments have been advised not to sell or use the affected products.

Those who think they may be sick from a recalled product are advised to contact their doctor.

It is particularly dangerous to pregnant women and people with weakened immune systems.

Food contaminated with listeria may not look or smell spoiled.