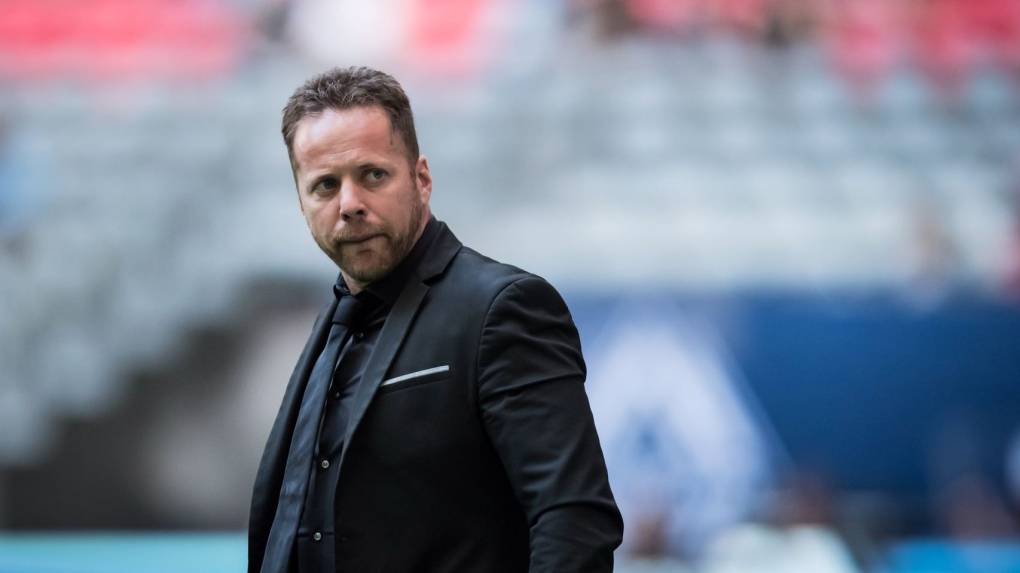 Vancouver Whitecaps head coach Marc Dos Santos walks onto the field before an MLS soccer match against the San Jose Earthquakes in Vancouver on Saturday, July 20, 2019. While the 'Caps (6-12-9) certainly remember dropping a 3-1 decision to the San Jose Earthquakes (11-10-5) last month, the team won't be looking for payback in California on Saturday THE CANADIAN PRESS/Darryl Dyck

While the 'Caps (6-12-9) certainly remember dropping a 3-1 decision to the San Jose Earthquakes (11-10-5) last month, the team won't be looking for payback in California on Saturday, Dos Santos said.

“It makes me laugh, these revenge things and payback. Payback is when, I don't know, they kidnap your kids,” he said after training on Thursday. “In sports, I always hear these things of payback and revenge. No, it's another game.”

Still, a lot has changed since the Whitecaps last faced the Quakes.

When the teams met on July 20, Vancouver was in the midst of a five-game losing skid in Major League Soccer.

Recently, the 'Caps have rallied, taking seven points from their last four outings.

“I think we were just mentally drained (in July),” said Vancouver defender Doneil Henry. “I think we found our feet again. We've just got to keep the momentum going and keep playing games.”

Tosaint Ricketts joined the 'Caps earlier this month, and said the energy among the players isn't that of a losing squad.

“Coming in, I wouldn't feel like the standings are what they are. The team is just as hungry as ever and nobody's head is down,” said the striker, who made his Whitecaps debut in the team's 1-0 win over D.C. United last weekend.

“We're looking to the next match and we all want to get results and finish the season strong.”

While the Whitecaps have been on the upswing, the Quakes have faltered recently and have lost three MLS games in a row.

San Jose is still clinging to the second-last playoff spot in the Western Conference, however, and will have a lot to play for come Saturday, Dos Santos said.

While the 'Caps linger at the bottom of the Western Conference, the Quakes are clinging to the second-last playoff spot.

“It means a lot to them. And in MLS, you can go through a spell and suddenly it changes. We hope it doesn't change against us,” Dos Santos said.

On Wednesday, San Jose was crushed 4-0 by Los Angeles FC in a game that included a stunning strike by the deadly Carlos Vela.

Earthquakes coach Matias Almeyda missed most of the match after he was sent off for protesting what he felt was a missed handball by an LAFC defender in the box.

The ejection means Almeyda won't be on the sidelines Saturday, but Dos Santos doesn't expect the absence to have much of an impact on the game.

“In the flow of the 90 minutes, there's very little effect,” the coach said. “He's not suspended for the training sessions, he's not suspended from talking to the team (Thursday and Friday). So I don't look at that as a big factor.”

Despite their recent form, the Quakes have some deadly pieces, including Chris Wondolowski, the league's all-time leading goal scorer.

“You catch one guy and then just end balance within their system,” he said. “We have to pick times when we can play and when not to play. I think each one of us is smart enough to understand the difference. So it'll be interesting.”