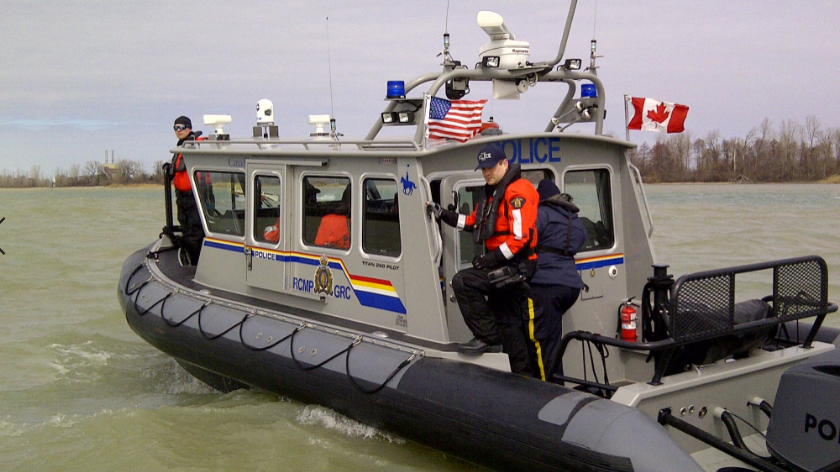 Officers are seen on an RCMP Shiprider vessel in this image posted on Twitter.

VANCOUVER -- Police have fined two U.S. boaters for violating the Quarantine Act in Canadian waters, including the operator of a whale watching vessel.

Authorities said the first boater crossed the border by taking advantage of the government exemption for U.S. residents trying to get to Alaska.

"It was clear the persons on this vessel had misstated their intention to travel to Alaska and had entered Canada for the purposes of tourism," the B.C. RCMP said in a news release.

The boater was caught by the RCMP's Shiprider unit on July 10, charged under the Quarantine Act and fined $1,000.

One week later, on July 17, authorities caught a U.S. whale watching boat with passengers in Canadian waters. The operator was fined for the same offence and the boat was returned to the other side of the border.

Authorities warned that U.S. boaters found to be in Canadian waters illegally can also have their boats seized and even face criminal charges. Quarantine Act offences on their own can carry jail terms of six months and fines of up to $750,000.

It's currently illegal to cross into Canadian territorial or boundary waters for "discretionary, leisure (non-essential reasons, including touring, sightseeing and pleasure fishing," the RCMP said.

The RCMP's Shiprider unit works with the US Coast Guard and domestic partners to protect the Canada-US border and deter criminal activity. #COVID19 has required units to enforce travel restrictions along marine borders. #NPW2020 pic.twitter.com/WkKBYRrhYS

24 inmates known to have COVID-19 at Surrey corrections centre