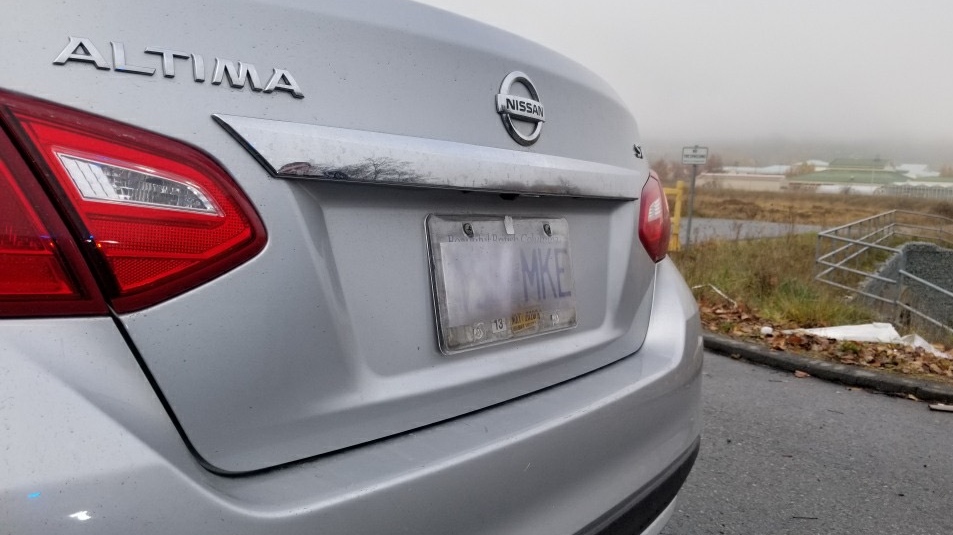 The driver of a Nissan Altima recently received a fine for having part of their licence plate obscured by a cover. (RCMP)

VANCOUVER -- A driver who was recently caught with their licence plate partially obscured has received a hefty fine from the RCMP.

A photo released by Coquitlam RCMP shows the first three characters of the plate concealed by a plastic cover, which Mounties said was deliberately designed in a way to "defeat intersection and security cameras." RCMP said the driver of the Nissan Altima received a $230 fine.

"When it comes to after-market licence plate covers and having no front plate, we sometimes issue warnings instead of a ticket," said Cpl. Michael McLaughlin with Coquitlam RCMP in a statement. "But there’s really no good excuse for having no front licence plate. And with covers that are deliberately designed to defeat red-light and security cameras, our traffic officers are likely to give you a … ticket every time."

Mounties said that plate covers sold at repair or auto body shops might be illegal in B.C. and suggest leaving the plates on your vehicle in the way you received them from your insurance broker.

In July, Saanich police impounded a yellow Suzuki motorcycle for excessive speed and improperly displaying his licence plate after the rider was found to have bent his plate in a way that made it less visible.

According to the B.C. Motor Vehicle Act, a number plate must be kept entirely unobstructed and free of dirt or "foreign material" so that the numbers and letters can be read and photographed using speed or traffic cameras. Plates issued under the Commercial Transport Act or Motor Vehicle Act must be attached to the front and back of the vehicle, if two plates are issued.