'Never lose hope': Chance at permanent residency in Canada opens up for unprecedented number of people 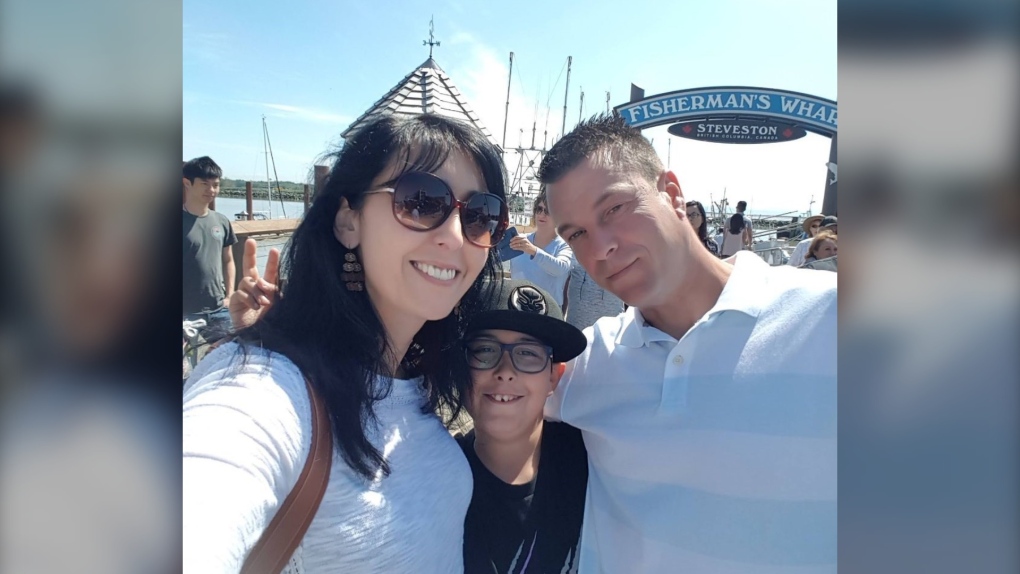 The Leal family came to Canada from Portugal in 2017, after Marcio got a construction contract. Vanessa works in finance, and their goal has been to become permanent residents, and eventually citizens. (Photo: Vanessa Leal)

VANCOUVER -- An unprecedented number of people have recently been invited to apply for permanent residency in Canada through a program aimed at attracting skilled workers, following a year that saw immigration numbers plummet during the pandemic.

About 27,300 people received an invitation to apply through an online system called Express Entry on Feb. 13. Eligible candidates have at least one year of Canadian work experience and meet English or French language requirements set by the government. About 90 per cent are already living in Canada, including Vanessa and Marcio Leal and their 12 year-old son in Metro Vancouver.

“This is better than winning Lotto Max,” Marcio said, as he described how it felt to receive an invitation earlier this month. “Now I can say my son has a bright future full of opportunity ahead of him.”

The Leal family came to Canada from Portugal in 2017, after Marcio got a construction contract. Vanessa works in finance, and their goal has been to become permanent residents, and eventually citizens.

“People are so warm and welcoming,” Marcio said. “That captivates you. And there’s opportunities for anything.”

Vanessa said that includes a chance at a better quality of life.

“It’s so beautiful,” she said of British Columbia. “We love to be here.”

The family is now working on their application, which they have 90 days to complete. Marcio said the overall process of working towards permanent residency is “overwhelming.”

“It’s hard. It gets you down, but you’ve got to have hope, because it’s a long process,” he said. “It’s tiring, you’re always in uncertainty, but never lose hope.”

Immigration consultant and managing partner at Whistler Immigration Brooke Finlay told CTV News Vancouver there are typically about 3,000 to 5,000 invited to apply for permanent residency in each round, making this round particularly historic.

What also sets it apart is the minimum threshold of points required for eligibility.

Finlay said each candidate’s profile in the online Express Entry system is ranked “based on human capital factors, like their age, and education, and language ability and skilled work experience”.

“Since about October 2019, that threshold has been around 470. It’s dipped, and it’s gone above that, but kind of on average, 470 points,” she said. “And in the round of invitation on Saturday, the minimum threshold was 75 points.”

Finlay said that’s opened the door to many more candidates who have been waiting for their chance.

“It’s a huge relief, because immigration through Express Entry is a competitive process,” she said. “They’ve already come to Canada, they’re integrating into society, they’re contributing economically, and so this is an opportunity for them to make that move permanent.”

But first, those invited have to submit their application within three months.

“The government, when they receive an electronic application, they do a pre-screen, and if anything is missing from the application, they cancel it. So then the person has to start back at square one,” Finlay said.

That’s why it’s critical people get their submission right the first time, she added.

“We don’t know if there’s going to be another round of invitations with such a low score,” she said. “That person might not have this opportunity again.”

While it takes an average of six months for an application to be processed by the government, she said she wouldn’t be surprised if that timeframe increased due to the larger volume of applicants.

“The government has really ambitious immigration targets for the next three years and having fallen a bit short last year, I think that this is a response to that,” she said.