A mystery rider on Metro Vancouver’s transit system is winning praise online for a small but very touching act of kindness.

A photo posted to Facebook on Feb. 2 shows the unnamed woman holding a man’s hand after he had apparently been acting aggressively on the train.

Ehab Taha, who snapped the photo, said the man, who he believes may have been suffering from a mental illness, was cursing, shouting and moving erratically.

Taha said while everyone else in the car was “scared” and moved away, this woman went to him, unafraid.

“[She] reached out her hand, tightly gripping his hand until he calmed down, sat down silently, with eventual tears in his eyes,” he wrote.

"I saw the most amazing display of humanity on the SkyTrain." 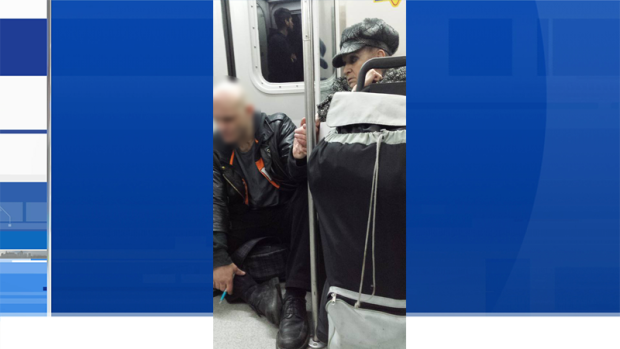 The woman told Taha her act was instinctual.

"I'm a mother and he needed someone to touch,” she told him before starting to cry.

Taha said he learned a lesson from seeing how her small gesture made such a big difference.

“Don't fear or judge the stranger on the bus: life does not provide equal welfare for all its residents,” he wrote.