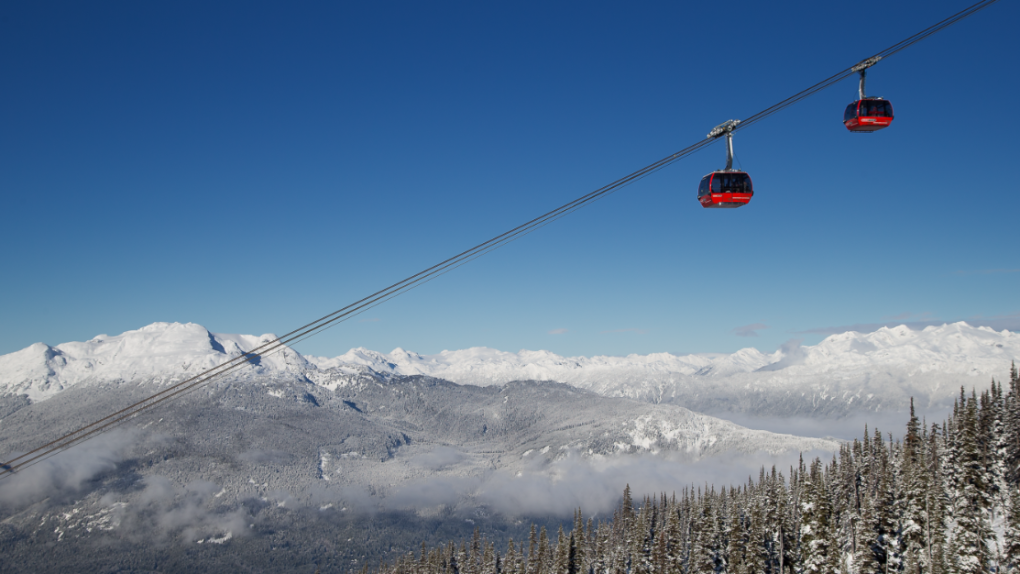 Whistler's Peak 2 Peak gondola is shown in this undated file photo. It is a three-cable gondola similar to the ones that have been proposed for Burnaby Mountain.

The Metro Vancouver Mayors' Council voted at its monthly meeting to proceed with public consultation on the options that have been developed.

Now, representatives from TransLink will begin consultations with the Simon Fraser University campus community as well as residents of the surrounding neighbourhoods in an effort to gauge support for the project.

At Thursday's meeting, TransLink senior planner Matt Craig told the mayors it is "a challenge" for the transit agency to keep up with existing demand for bus service from Production Way to the SFU campus. That demand is expected to increase in the coming years.

Craig said installing a gondola on Burnaby Mountain would reduce travel times up the mountain while providing a higher capacity than the current bus system.

"Gondolas are not suitable in a lot of different contexts, but in this particular one, where you are having to cross very difficult topography … they can be much more direct and they can offer a medium-high capacity," he said.

There are three different potential alignments for a gondola on Burnaby Mountain, two of which were proposed by TransLink and a third that was proposed by the City of Burnaby when its city council voted to support the project in May.

"We have put forward another possible option," said Burnaby Mayor Mike Hurley at the Mayors' Council meeting. "We would like to see all three options fully explored."

A direct line from Production Way to the SFU bus loop would cut travel times up the mountain from the current 15 minutes by bus down to just 6 minutes, Craig said. That option would lead to gondolas passing directly over homes on the mountain, however.

The second option proposed by TransLink would attempt to avoid homes by following Gaglardi Way to a mid-station in the Burnaby Mountain Conservation Area before making a 90-degree turn and heading up the mountain to the bus loop.

Burnaby's additional option would place the southern terminus of the gondola at Lake City Way SkyTrain station, with the route passing over Burnaby Mountain Golf Course and around Trans Mountain's tank farm to the bus loop.

TransLink's most recent estimate of the cost of a gondola is $197 million. Part of the consultation the Mayors' Council approved Thursday involves contacting the federal and provincial governments to gauge their willingness to help fund the project.

Craig told the mayors the transit agency would be seeking 80 per cent of the cost of the project from senior levels of government, with additional funding coming from SFU and Burnaby in the form of in-kind contributions of land.

The goal would be to secure funding for the gondola without placing it in competition with other transit projects the Mayors' Council has already approved, Craig said.

If built, the gondola would cost roughly the same amount to operate as existing bus service on Burnaby Mountain, he said.