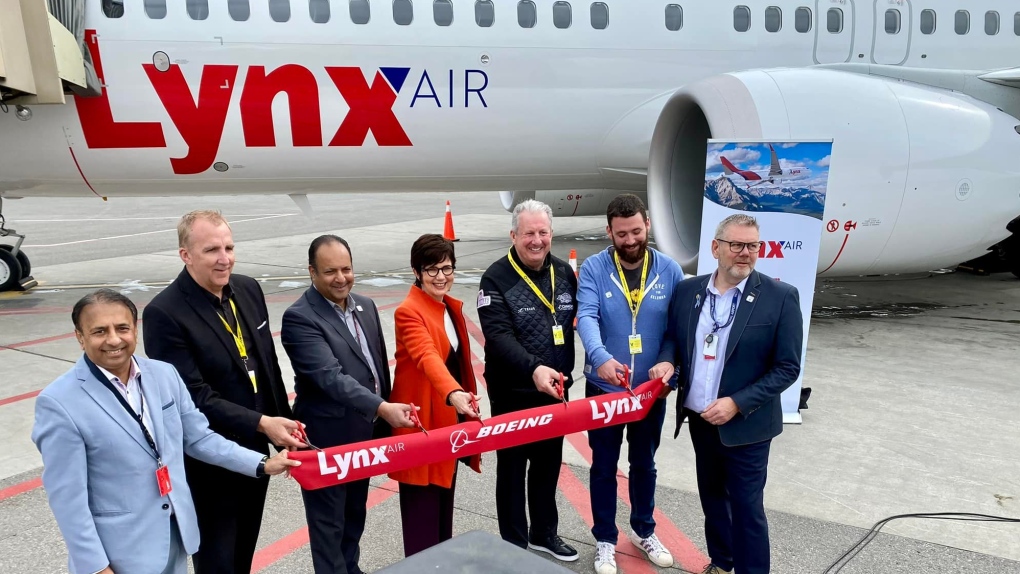 A low-cost airline expanded its services in B.C. this week, offering its first flight out of Kelowna Monday.

Lynx Air, which calls itself an "ultra-affordable airline," announced the new service less than a month after launching in Canada. Its inaugural flight took off from Calgary to Vancouver on April 7.

"We are proud to be the airline that links Canadians to wonderful destinations like Kelowna," said Merren McArthur, CEO of Lynx, in a news release Monday.

"Whether you are travelling to catch up with friends and family, or to experience the natural beauty of the Okanagan region, Lynx will ensure a great flying experience for an affordable price."

Celebrating the new service, Lynx is offering a sale on flights to and from Kelowna. Tickets are up to 50 per cent off base fares for that route, with the sale ending on May 4. Some one-way tickets from Kelowna appear to be as low as $41.36, with taxes included.

"We are so happy to be able to welcome Lynx Air to YLW and provide our passengers with more options when flying out of Kelowna," said Sam Samaddar, Kelowna Airport director, in a news release.

"I am pleased to see that Lynx is already expanding their service offerings to Calgary, which is one of our most popular routes."

Biden says he gave the order for Chinese balloon shootdown