Lotto winner says she had to wait for pizza, so she bought a ticket on a whim 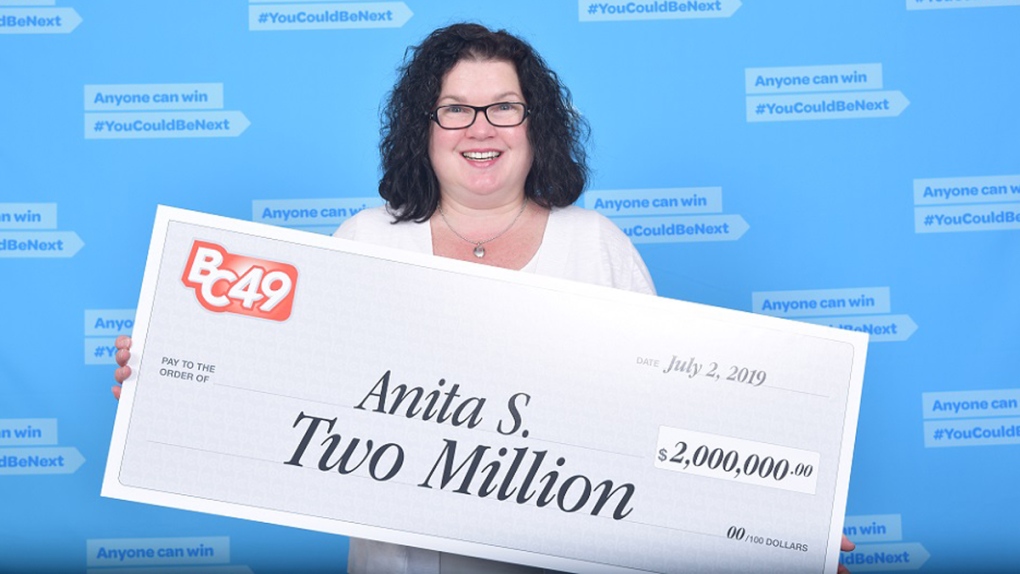 Anita Snyder poses with a cheque from BCLC in this provided image.

A Surrey, B.C. woman says she only bought her winning lottery ticket because there was a 20-minute wait for her pizza.

Anita Snyder, who is now $2 million richer, said she'd been killing time as she waited for her order. She popped into a drug store, and was told about a special deal.

"The woman [at the London Drugs at Morgan Crossing] said there was a new $30 Weekly Pack for all the draws, so I thought I'd try it," Snyder said in a statement issued by the B.C. Lottery Corporation this week.

When she got home, she scanned her ticket for the June 26 BC/49 draw using BCLC's Lotto! App.

All six numbers on her ticket were a match.

"The only reason I scanned the ticket was because I was changing my purse before I left for lunch," she said.

"I ran into my husband's room and asked him if he could see the $2 million too. I think I screamed."

She said she called BCLC to confirm, because it "didn't feel real."

Originally from Montreal, Snyder and her husband have lived in South Surrey for nearly two decades. BCLC said they're still processing their win, but plans to visit Montreal are underway.

Their other planned purchases: a business investment and a bottle of champagne.