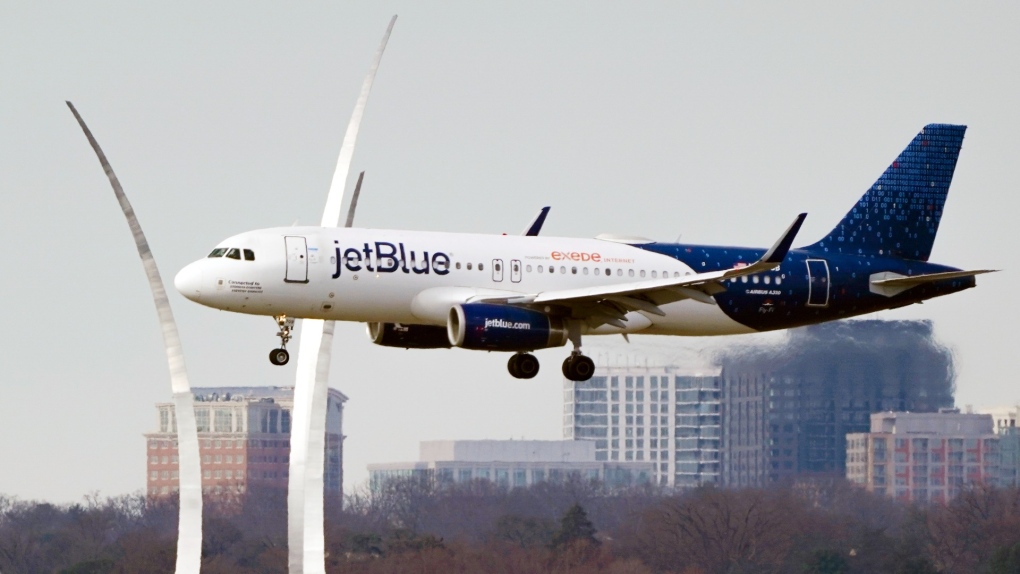 A U.S.-based discount airline has scaled back its plans to expand service into Canada.

JetBlue was scheduled to begin offering flights between Vancouver and Boston next month, but has decided to cancel that route amid "ongoing refinements" to the airline's summer schedule.

"JetBlue is adjusting service on a number of routes," the company said in an email to CTV News.

"These changes will support operational reliability and improve schedules elsewhere in our network, helping to ensure we get our customers where they need to go during this busy season."

Vancouver will still become the airline's first Canadian destination next month, however, as a planned route between Vancouver International Airport and New York-JFK "remains on track to launch June 9."

JetBlue pitched its frequent flights between New York and Boston as an alternative for travellers.

"While we will no longer offer nonstop flights between Vancouver and Boston this summer, customers travelling to or from Boston will be able to connect easily to our Vancouver flights with our extensive service between New York and Boston," the airline said.