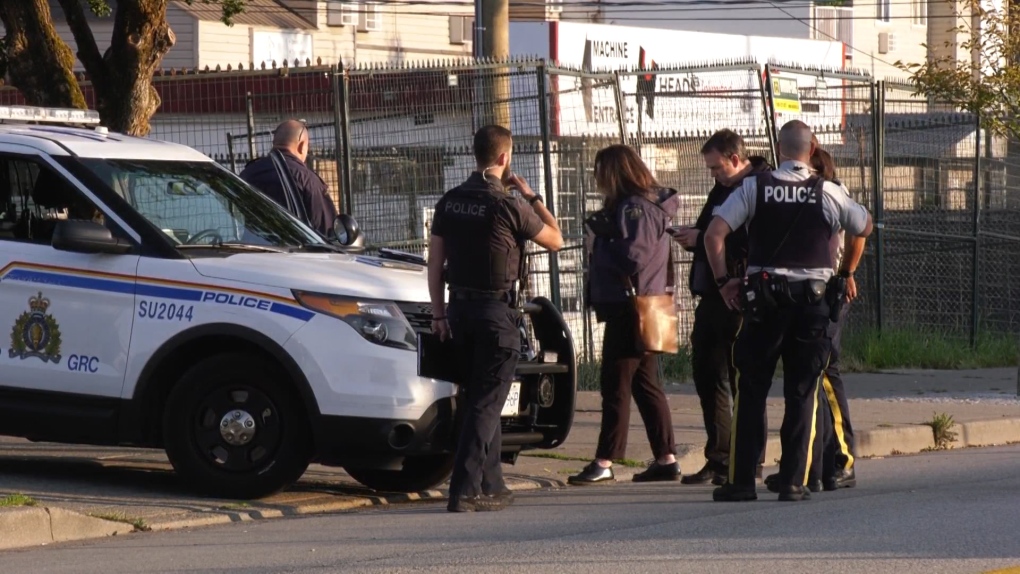 Police and the IIO were seen outside a shelter after reports of a shooting Wednesday morning.

The Independent Investigations Office of B.C. is looking for witnesses who may have seen the interaction where a man was shot by Surrey Mounties after police received a report saying he was wielding a machete.

On Aug. 14, police responded to a call outside a shelter in Whalley on 135A Street. At around 4:15 a.m., a man was reportedly chasing another man, Mounties say.

"Surrey RCMP received a call that there was a male chasing another male with a machete in an alley,” the BC RCMP said in a news release at the time.

"Police officers responded and located a man they believe matched the suspect description. During the course of the interaction with the individual, police officers fired their service pistols, striking the man."

The man was taken to hospital with serious but non-life-threatening injuries and police said nobody else was hurt.

Surveillance video obtained by CTV News shows a serious police response with multiple officers flooding the area around the time of the shooting. Two people appear to confront each other in the street, before one collapses onto the ground.

The stretch where the shooting happened has been a focal point for homelessness in Surrey and has shelter services, a safe consumption site, and several businesses — many of which were forced to close Wednesday morning to allow the investigation to unfold.

The IIO, which is tasked with overseeing police in the province, says it wants to hear from witnesses who may have seen what happened that day. Anyone with information is asked to call the witness line at 1-855-446-8477.