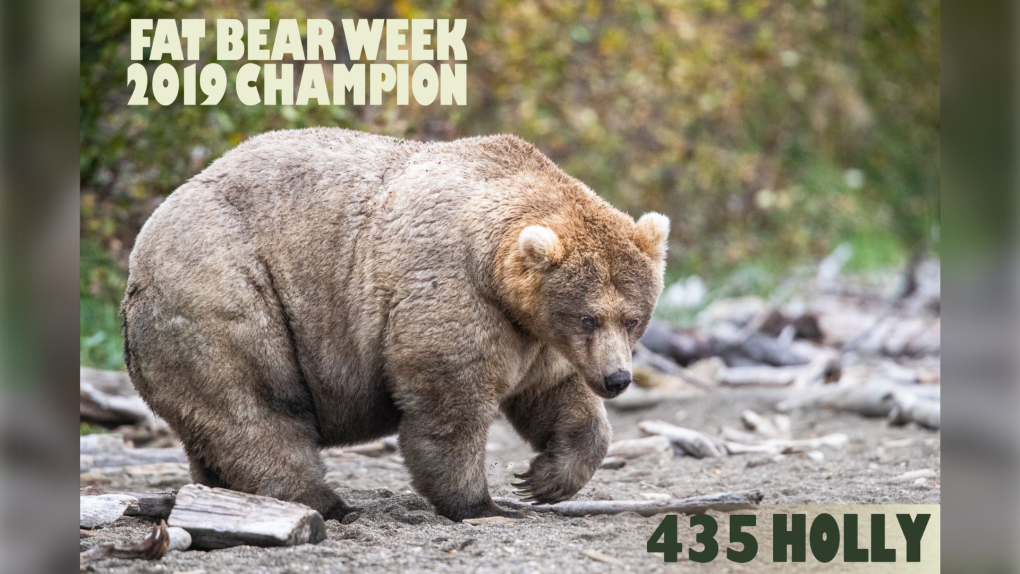 VANCOUVER - The votes are in for an annual contest to name the fattest bear in an Alaskan national park, and the reigning champion is a hulking heavyweight known as Holly.

Staff at Katmai National Park and Preserve set up March Madness-style brackets pitting several rotund bears against each other two at a time. Holly beat bears 909, Grazer and Lefty in Facebook voting to be crowned the "Queen of Corpulence."

"She is fat. She is fabulous … All hail Holly whose healthy heft will help her hibernate until the spring," the park wrote in a Facebook post celebrating her win.

The park shared pre-hibernation transformation pictures of each bear, showing how they can wake up scrawny and pack on the pounds in a few short months by stuffing themselves full of salmon.