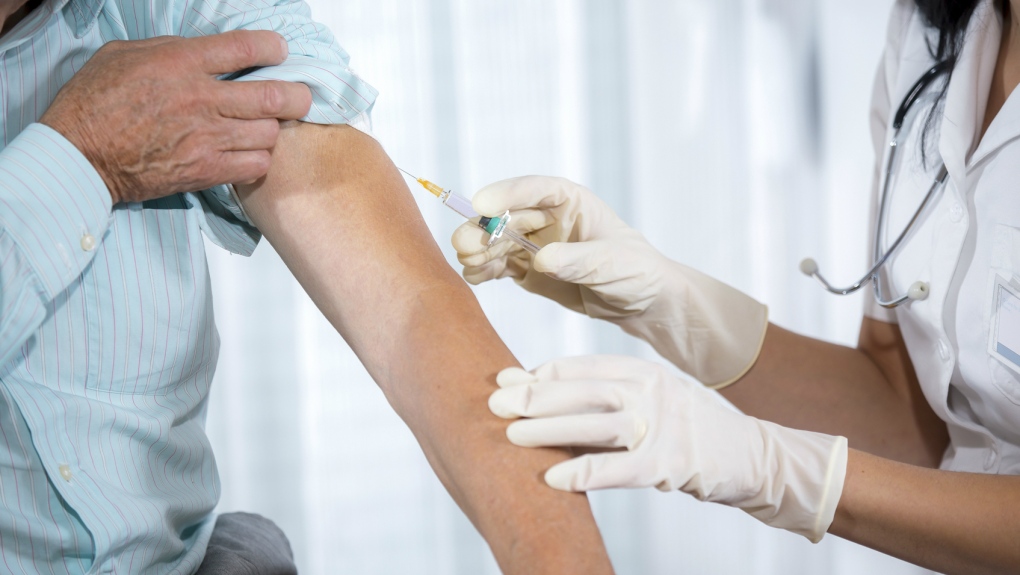 VANCOUVER -- The majority of Canadians would take a vaccine against COVID-19 if it was available, a new poll suggests.

The survey, conducted by Research Co., found 75 per cent of Canadians would take the vaccine. That number is slightly higher than when Canadians were polled on the same question in April.

Even more B.C. residents said they'd consider a vaccine, with 80 per cent polled saying they'd either "definitely" or "probably" get one.

But 15 per cent of Canadians polled said they would "probably not" or "definitely not" get a vaccine if it became available. Another 11 per cent said they weren't sure.

With B.C. currently in Phase 3 of its restart plan, health officials have said the province is unlikely to move onto Phase 4 until there's a either a vaccine or a reliable treatment.

In fact, provincial health officer Dr. Bonnie Henry said Thursday that the virus is here to stay until one of those are developed.

"I know some people may be thinking this is all over and they can relax and go back to normal, but until effective treatment or a vaccine is available, we know that this virus is going to circulate in our communities," she said.

In the meantime, Canadians are still taking other precautions to protect themselves from COVID-19.

Almost half of Canadians say they wear a mask every time they go out.

"There is a big gender gap when it comes to wearing protective masks outside the home," said Mario Canseco, president of Research Co., in a news release.

"While more than half of women in Canada (57 per cent) are not leaving their home without a mask, only 39 per cent of men are partaking in the same behaviour."

As well, about two-in-five Canadians say they're cleaning any groceries they buy, while 23 per cent say they're not ordering takeout because they're afraid of infection.

Research Co.'s results are based on an online study conducted from June 26 to June 28, 2019, among 1,000 adults in Canada. The margin of error—which measures sample variability—is plus or minus 3.1 percentage points, 19 times out of 20.