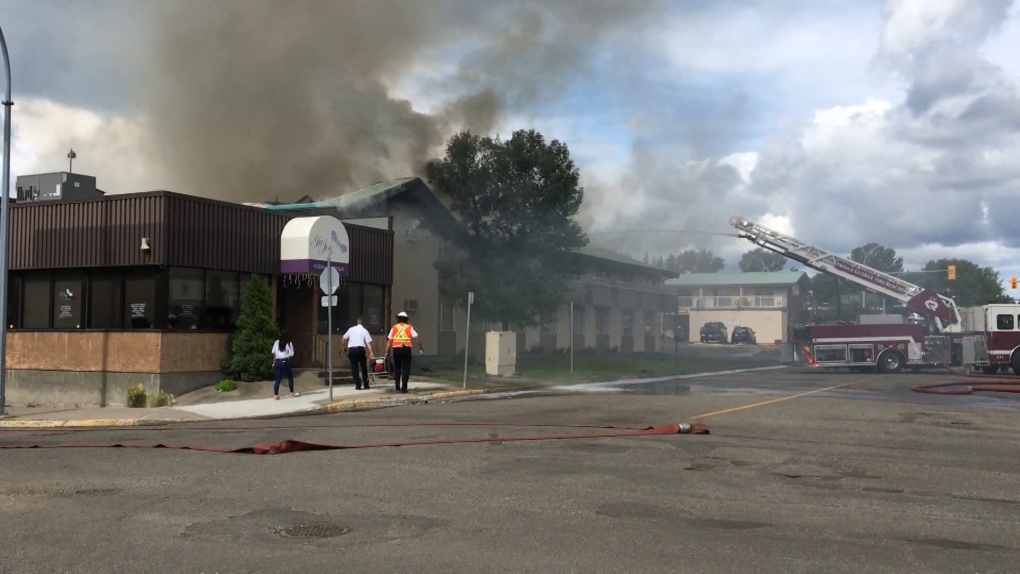 RCMP say a suspect was arrested on Saturday, but that person has since been released without charges, pending further investigation.

"Police are unable to comment further at this time, however, are taking all necessary steps to advance this investigation in the interest of public safety," Mounties said in a statement.

Prince George RCMP's Serious Crime Unit has also opened a criminal negligence investigation after receiving reports that the fire alarm in the building did not go off.

The BC Office of the Fire Commissioner, Prince George Fire Rescue, North District RCMP and serious crimes were all involved in the investigation.

Police and fire crews were called to the motel fire on Victoria Street near 9th Avenue around 9 a.m. on July 8. Three bodies were found inside the building several hours later.

The BC Coroners Service is also investigating the fire, looking to determine who died and how. ​RCMP say the names of those who died will not be released for privacy reasons.

Investigators turned over the scene to the building's insurer on Sunday afternoon.

Last week, Mounties asked anyone with dash cam footage within a two-block radius of the motel to come forward. They were specifically looking for images and video from between 7 a.m. and 9 a.m. the morning of the fire.

Anyone with information about the fire is asked to contact the Prince George RCMP at 250-561-3300.