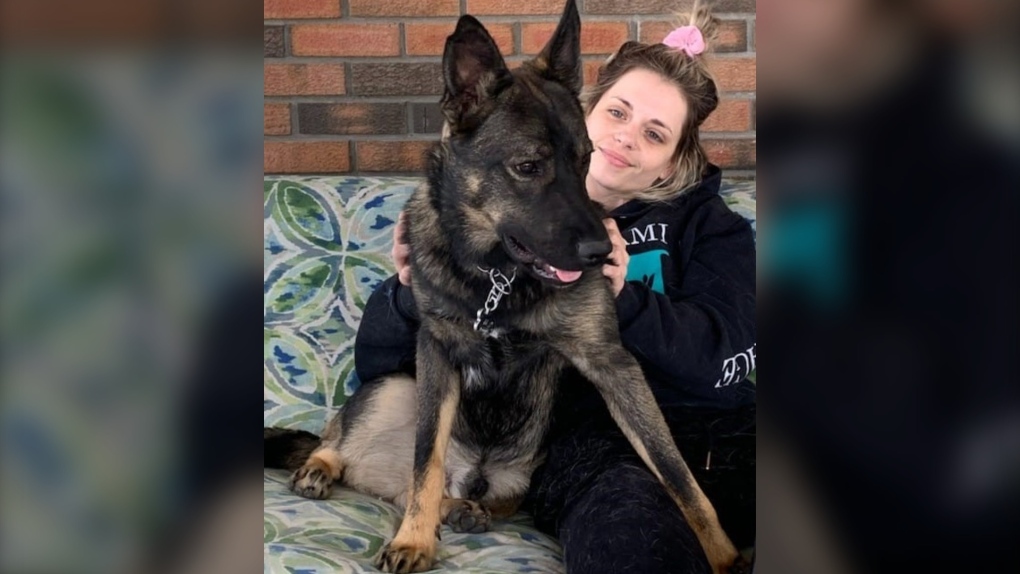 Chelsea Cardno, 31, was last seen leaving her home on June 14 to walk her dog near the Mission Greenway. (RCMP handout)

The family of a Kelowna, B.C., woman who died tragically last month has announced plans for a celebration of her life.

Chelsea Cardno, 31, went missing on June 14. She was last seen that morning leaving home to walk her dog, a German shepherd named JJ near Mission Creek. Later that day, flood warnings were issued for the area.

An extensive search was launched, involving police, search and rescue crews and concerned community members. However, Cardno was not located and neither was her dog.

On June 24, the Kelowna RCMP announced a body had been found on a farm downstream from where Cardno was believed to have been swept away by fast-moving water. The family confirmed her passing soon after.

An obituary paints a picture of the young woman being mourned with "devastated hearts" by those who knew and loved her.

"She was a loving daughter, sister, niece, aunty, cousin, and a fierce friend to those she held close," the online tribute reads.

"Chelsea was a bright light with a huge smile and a laugh that was so contagious you couldn’t help being drawn to her."

In her younger years, her family says she was an accomplished competitive figure skater. More recently, she completed training to become a rehabilitation assistant, having finished the practicum requirement earlier this year.

"Chelsea was very proud of this moment as it was something she had wanted to do for a very long time," the obituary reads.

In a Facebook post in a group that was established to coordinate search efforts, Cardno's family thanks everyone who has reached out to support them and those who helped with their efforts to find her. It also says the memorial celebration is open to "all who wish to attend – whether you knew Chelsea, were touched by her story, (or) have followed and supported our family during this time."

In lieu of flowers, the family is asking people to bring an item to donate to Paws it Forward, a local dog rescue in honour of JJ. The obituary describes Cardno's relationship with her cherished pet.

"Her beloved dog JJ was everything to her and was the first dog that belonged just to her. The day they went missing they were doing what they loved, out together walking, playing fetch, and enjoying each other’s company, and even in the rain, it was something that they always did," it reads.

"We are hoping they are together watching over all of us."

The service will take place on July 12 at 4 p.m. at Springfield Funeral Home in Kelowna.