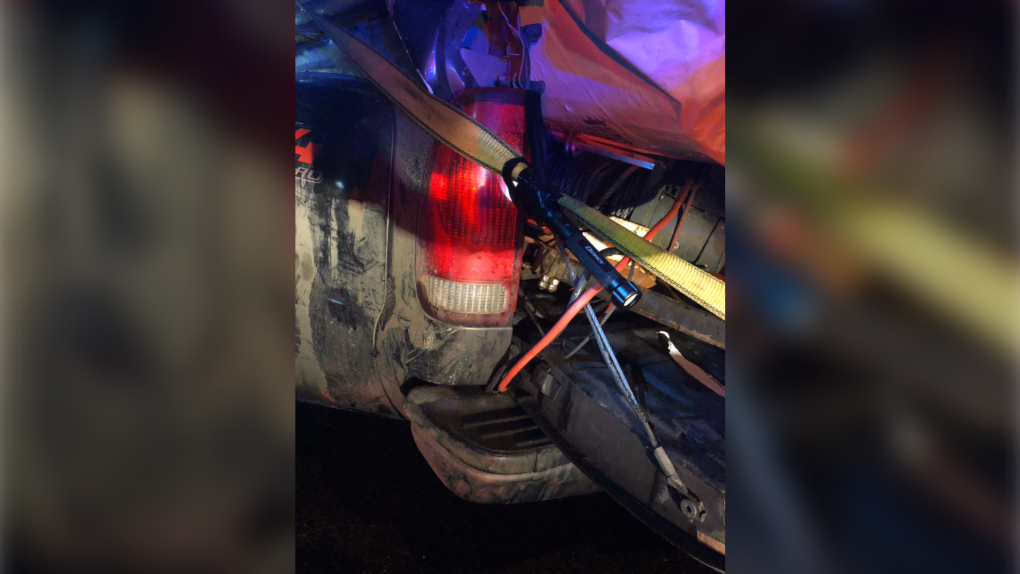 Vancouver police said the driver was fined $1,920 and their vehicle was taken to Busters Towing. (Twitter/ @baldguy1363)

VANCOUVER -- Vancouver police have fined the driver of a pickup truck nearly $2,000 for several violations.

Officers were doing traffic enforcement on Knight Street near East 41st Avenue the night of Feb. 23 when officers pulled over a Ford pickup truck for having an insecure load. 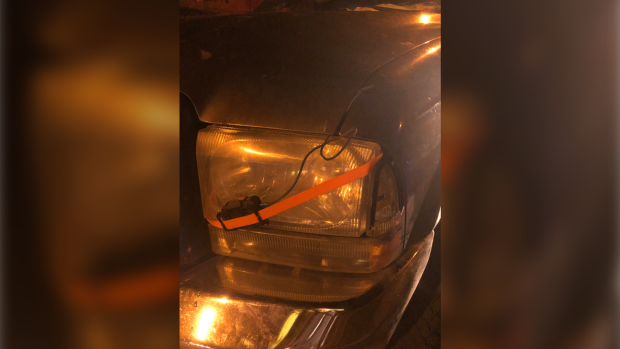 Police said after they'd pulled the vehicle over, other violations were "immediately apparent," which included flashlights being used as headlights and tail lights and driving with an obscured licence plate.

In total, the driver was fined $1,920, and their vehicle was taken to Busters Towing, according to Vancouver police.

"Officers are working with ICBC to see if there is something more they can do to prevent his person from driving," Const. Tania Visintin said in an emailed statement.

Police said the driver has nine previous convictions for driving without insurance as well as multiple equipment-related offences.

Stopped for insecure load,further examination found flashlights being used as headlights/taillights, no insurance and failed to comply with previous inspection order! All told $1920.00 in fines and vehicle removed from road! #RoadSafety @VancouverPD @VPDTrafficUnit pic.twitter.com/FqklBP4Q6i