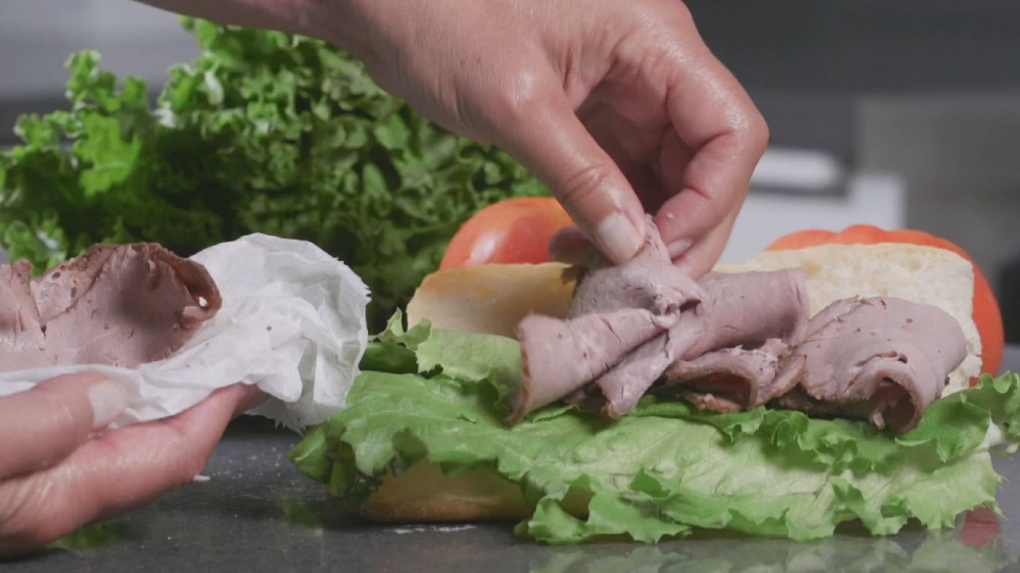 Deli meats are convenient for lunch or dinner, but processed meat contains chemicals called nitrites and nitrates. What are they and could it affect ones health?

Sandwiches made from cold cuts are a convenient meal idea for lunch or dinner, but next time you’re standing at the deli meat counter deciding which of type of meat to order, have you ever asked yourself, “Just how healthy are processed meats?”

Multiple studies show that regularly eating small amounts of processed meat, such as hot dogs or bacon, can pose health risks including a risk of developing Type 2 diabetes, cancer and heart disease.

But what about deli meats like roast beef or turkey - are they a healthier option?

It has to do with nitrates and nitrites. But what are they?

Nitrates and nitrites are used to prevent bacterial growth, add flavour and give cured meat its characteristic pink colour. But they could also potentially be linked to cancer.

Experts at Consumer Reports tested 31 varieties of deli meat for nitrates and nitrites and testing found that among the meats labeled “cured” and “uncured,” the nitrate and nitrite levels were essentially the same.

The testing also revealed that even meat labeled “no nitrites” still contained some.

Synthetic ones are made in a lab, while natural ones come from vegetables such as celery.

Consumer Reports’ scientists say the chemical composition of natural and synthetic nitrates and nitrites are exactly the same and so are their potential health effects.

While the North American Meat Institute says that most nitrites in our diets come from vegetables, the industry group says many meat processors believe that all deli meat should be labeled “cured,” regardless of which curing process is used.

Health Canada has limited the amount of nitrates and nitrites that can be added to meat products at 200 milligrams per kilogram.

Some cold cuts also contained colouring agents that may also pose health risks, and many of the samples also had high levels of sodium.

You don’t have to give up on deli meats cold turkey, but Consumer Reports recommends limiting how much you consume.

They also recommend making sandwiches with healthier ingredients like tomatoes and mozzarella, roasted or fresh vegetables with avocado or hummus, and nut butters with apples or banana slices. Also choose fresh meats like cooked turkey, chicken or lean beef.