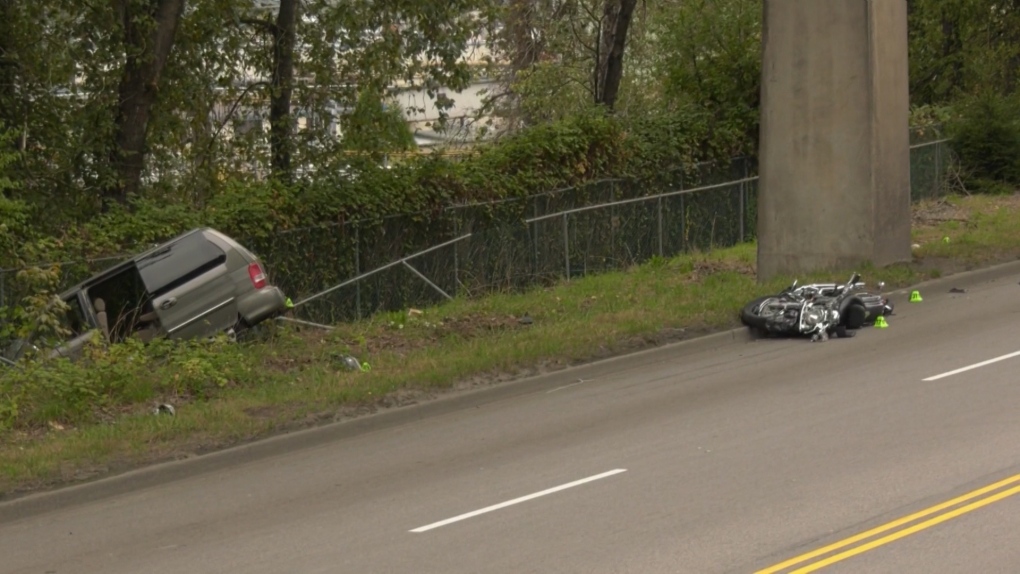 The incident occurred around 4 p.m. Saturday on Stewardson Way. (CTV)

One person was killed in a crash involving a motorcyclist in New Westminster Saturday.

The incident occurred around 4 p.m. on Stewardson Way, in the shadow of the SkyTrain tracks overhead.

Police closed the road for hours while they conducted their investigation, taking photographs of the wreckage and placing dozens of evidence markers at the scene.

Video from the scene showed a damaged motorcycle on the side of the road. A short distance away, a van could be seen down an embankment.

The cause of the crash was unclear Sunday, as was the extent of any other injuries that may have resulted from the crash.

The road didn't reopen until midnight, New Westminster police tweeted Sunday morning. In their tweet, police also asked anyone who witnessed the collision to call 604-525-5411.

Stewardson Way opened to traffic around midnight last night. Thank you for your patience. If you witnessed the collision please call 604-525-5411. #NewWest

Traffic incident in #newwest, 1600 block Stewardson Way. Crews are on scene. Please avoid the area. We will update when the road is opened. @NewWestPD