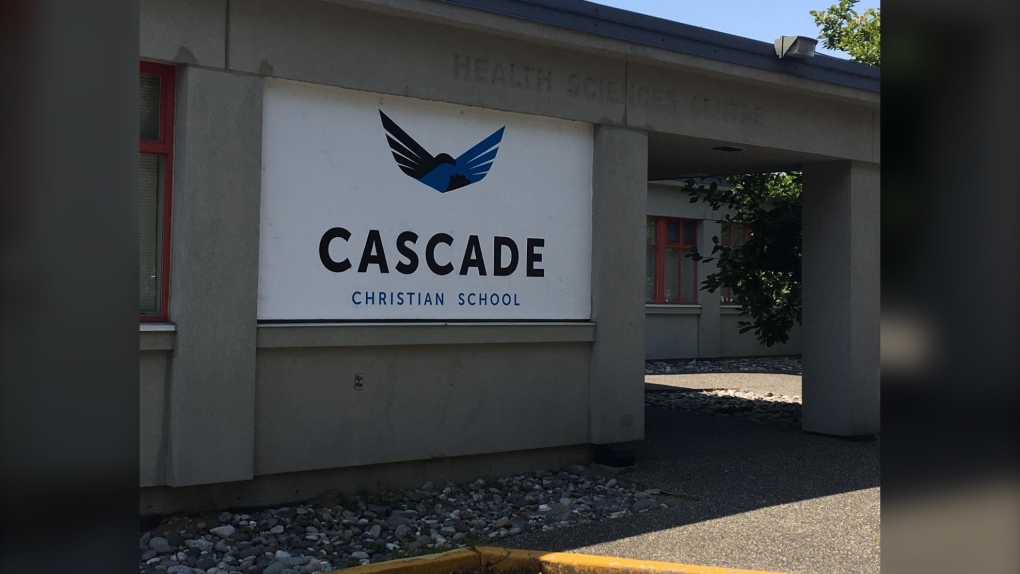 VANCOUVER -- A Lower Mainland school has closed its doors for two weeks after recording a cluster of COVID-19 cases.

Cascade Christian School, an independent school in Chilliwack, confirmed seven cases of the disease. The school didn't confirm whether the cases were among students or staff.

The school informed Fraser Health over the weekend it was closing until Feb. 5 out of an abundance of caution.

Fraser Health defines a cluster as two or more individuals with lab-confirmed COVID-19 infections who were at the school during their infections period. Those cases may be linked to school-based transmission. An outbreak isn't declared until transmission is likely widespread in the school.

Last month, provincial health officials released data suggesting fewer than 0.7 per cent of students in B.C. had been diagnosed with the COVID-19.

CTVNewsVancouver.ca kept track of school exposures during the first term of the school year, and noted more than half reported at least one exposure between September and December.

There were exposures at at least 491 of the Lower Mainland's 974 public and private schools, but only a handful of outbreaks were reported.