B.C. man says he was assaulted while counter-protesting anti-vaccine rally

B.C. man says he was assaulted while counter-protesting anti-vaccine rally 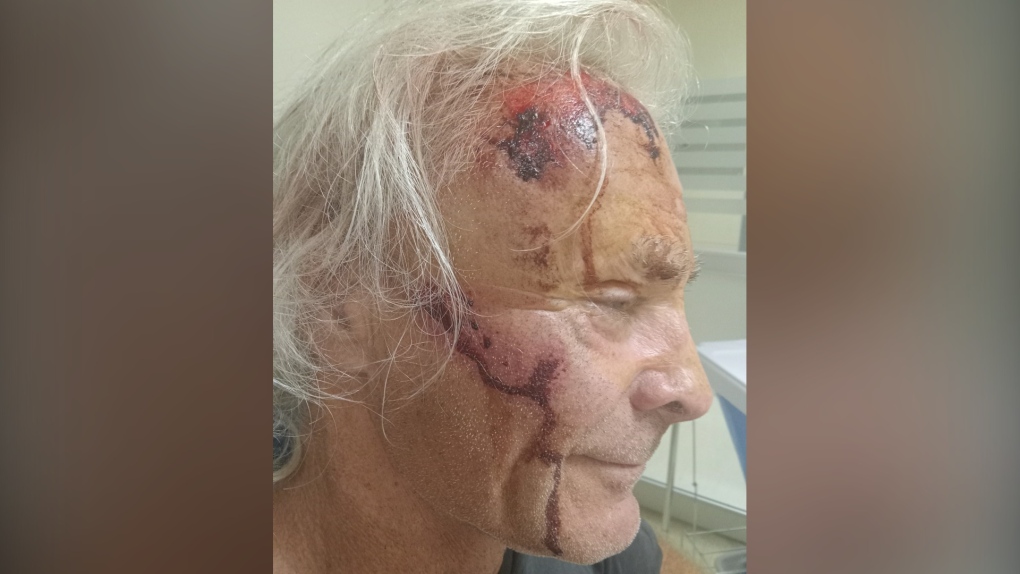 Vernon B.C.'s Kory Zepik says he was assaulted while counter-protesting an anti-vaccine rally in the city. (Phot submitted by Kory Zepik)

A B.C. man who has been counter-protesting anti-vaccine rallies every Saturday for months says things took a violent turn last week when he was shoved into traffic, had his head slammed into the pavement, and was repeatedly struck in the face.

Korry Zepik says a small group has been gathering at a busy corner in Vernon for at least 14 weeks, waving Canadian flags and holding signs that oppose vaccines, promote COVID-19 conspiracy theories and call for the arrest of Prime Minister Justin Trudeau.

And each week, Zepik has been there too, with his own signs saying things like "COVID is not a plot" and "Masks work."

While he says he has always been met with a degree of animosity, what happened on Oct. 1 was a frightening escalation that left Zepik dazed and bloody, prompting a police investigation.

"This weekend I got there and almost immediately everybody was at me, they were upset," he tells CTV News, adding he thinks his introduction of an air horn that he would "toot" whenever someone expressed support for him seems to have angered some of the crowd.

"They tried to snatch my air horn away from me, snatch my sign away from me, pull it out of my hands. Over the 14 weeks, people have tried to hip check me into traffic a little bit and stuff like that, but nothing this serious."

Next, Zepik says he was shoved several times and decided to move onto a small, nearby traffic island to get away from the angry group. He says he was followed there by two men who then proceeded to tell him that they had defaced the signs he left behind with spray paint. 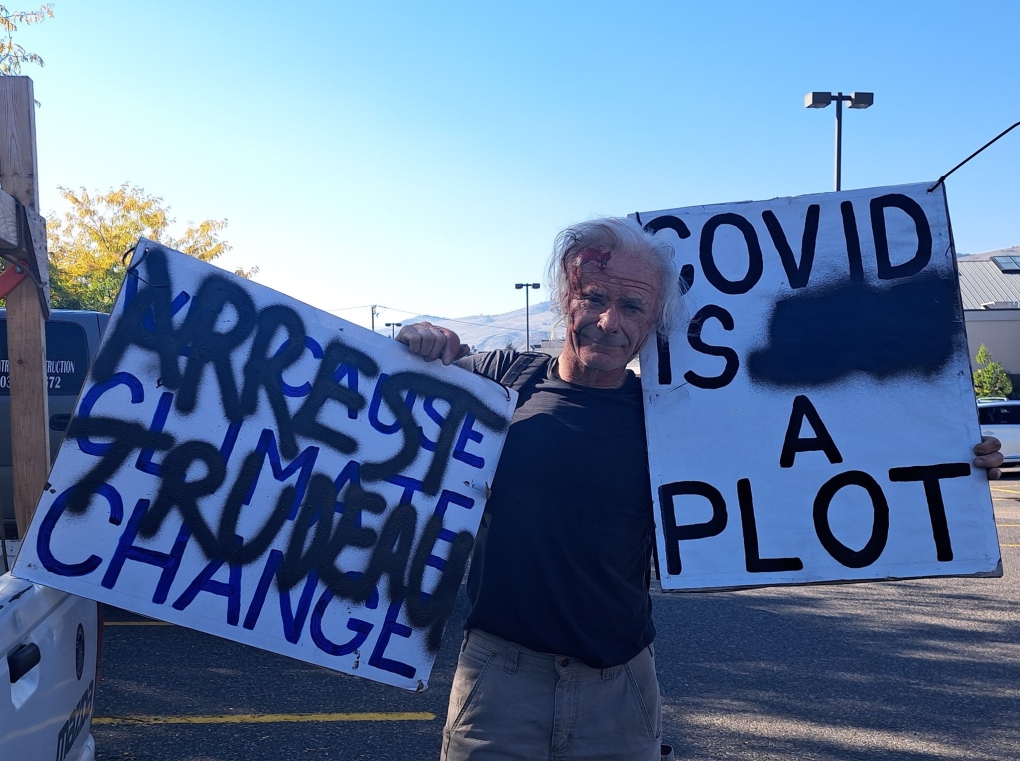 Vernon B.C.'s Kory Zepik says he was assaulted while counter-protesting an anti-vaccine rally in the city. (Phot submitted by Kory Zepik)

When one of the men went to try to paint the sign Zepik was holding, a struggle ensued.

"He slammed my head into the pavement, we had fallen into the right turn lane. I was really dazed at this point. And then he started to strike me on my face and I was losing consciousness."

A passerby yelled "Stop" according to Zepik, who says that seems to have brought an end to the blows.

"It's hard to know. I had did have my head drilled into the pavement and take a couple of shots in the head."

'I WANT TO BE THERE'

The Vernon North Okanagan RCMP has confirmed officers were called to the scene for reports of a fight in progress.

"Police arrived at the location to find the two men involved in the incident now separated. Through their investigation, officers determined the two men, unknown to each other, had become involved in a confrontation which led to a physical altercation," a spokesperson wrote in an email. "Minor injuries were reported at the time."

Zepik says he didn’t strike the man or start the altercation.

"I feel that there's more than one person in that group that was itching to beat the crap out of me, all they were waiting for was some excuse."

Still, he plans to go back this Saturday. This time, however, he says other people who live in the city and know what happened will be there too as "safety watchers" prepared to capture any confrontation on video. Zepik says he hopes that will help to de-escalate the situation and keep him from being hurt.

"Somebody has to stand in the breach between paranoia and reality," he says, explaining why he feels so strongly that it's important to keep showing up.

"I want to be there because when you drive by that group, it feels intimidating. When you're a pedestrian walking towards the park, through that corner, it's intimidating … This makes them feel better. It makes them understand that even though the world seems to be getting worse and worse, people are basically good and it's going to be OK."

Meanwhile, the MLA representing the riding that includes Vernon is facing a recall petition spearheaded by constituents who are frustrated by the government's handling of the COVID-19 pandemic.

The target of the campaign, Harwinder Sandhu, a nurse, has previously told CTV News she stands by the province's efforts to protect the public during the global health crisis.

"I will not be intimidated by a small group of extreme activists that do not represent the vast majority of people in Vernon-Monashee," Sandhu wrote in a statement.

"I will continue working every day to stand up for what's right and to make life better for the people I represent."

For the petition to be successful, and for Sandhu to lose her seat in the legislature, campaigners will have to collect signatures from 40 per cent of eligible constituents in her riding within a 60-day window that began on Aug. 12.