Complete with moat and drawbridge, modernized 'castle' built in B.C. mountains for sale for $3.45M 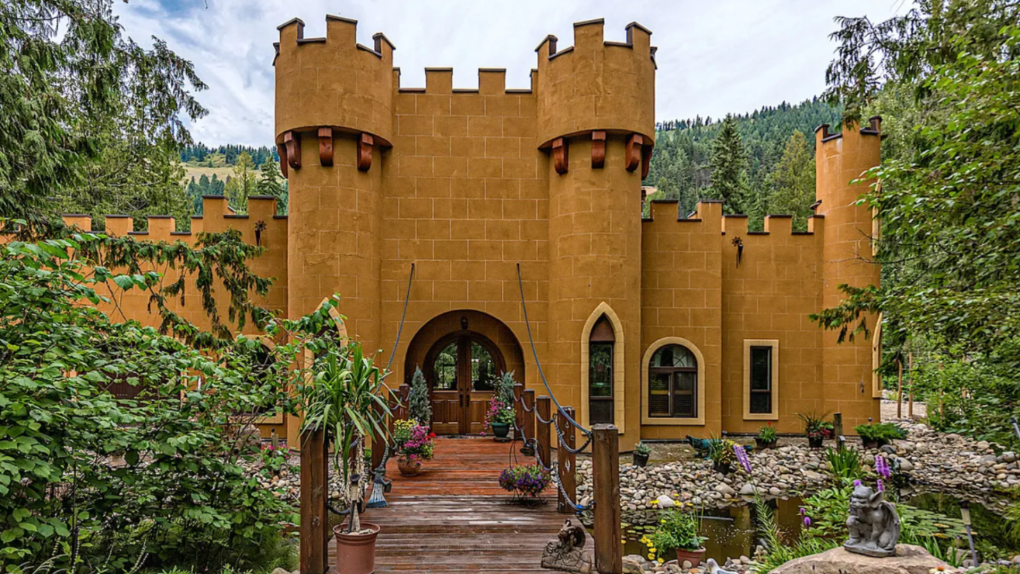 234 Sugar Lake Rd. is pictured in a photo from Sotheby's International Realty.
VANCOUVER -

A multimillion-dollar property with a unique design is being billed as a "perfect fit" for young families.

A listing with Sotheby's International Realty suggests the "castle" in B.C.'s Okanagan would be a great escape for parents and their children "longing to balance their busy lives with a home that speaks of skipping rocks."

Realtor Cheryl Soleway wrote she could also picture an artist, musician or writer taking over the 3,200-square-foot home on an eight-acre lot in Cherryville.

Cherryville is an unincorporated rural area not too far from the village of Lumby, and about 50 kilometres east of the nearest city of Vernon.

The three-bedroom, six-bathroom "private retreat" may also appeal to buyers who "seek adventures not found in the mainstream commercial resorts," Soleway wrote in the listing.

With an asking price of $3,450,000, the castle on Sugar Lake Road in the Monashee Mountains won't be for everyone.

But for those who aren't intimidated by the ask, the luxury property includes 1,300 feet of shoreline on the Shuswap River and Cherry Creek. It's located by the foothills of the mountain range.

And it's not your average Canadian luxury property. 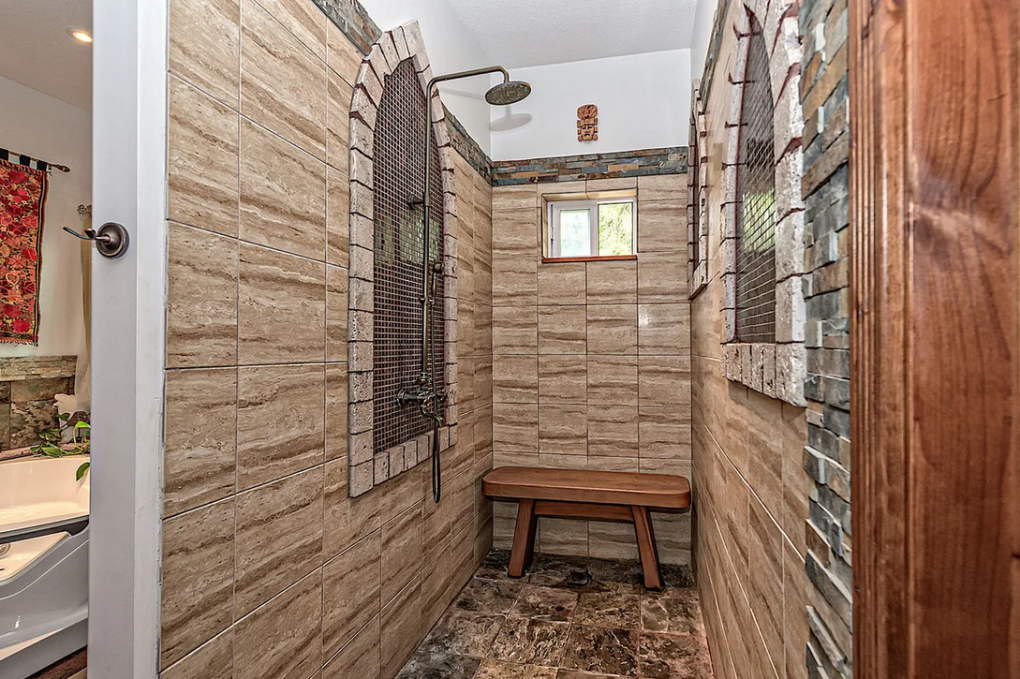 Their research inspired the decade-old mansion's drawbridge and koi-filled moat.

The home also has a sprawling rooftop patio, "not so secret" door to a private garden off the master suite, and outdoor kitchen in a gazebo. The property also includes its own island.

In addition to what Soleway describes as "the main castle," the property also includes a caretaker's cottage and a space that could be a rented suite. 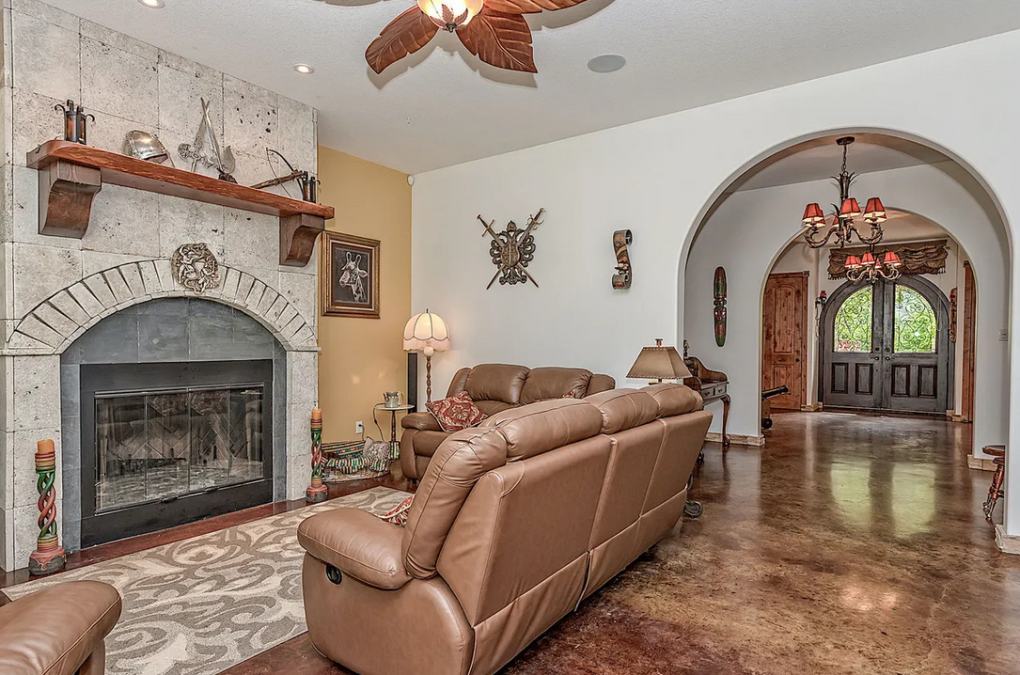 It's fun to dream, but as a quick reality check, CTV News looked into what the mortgage might be on a property like this, with the assumption that the would-be buyer has at least the minimum down payment, which is 20 per cent in Canada for properties that cost $1 million or more.

On a five-year fixed mortgage with the rate of 1.94 per cent, which was the lowest available on RateHub.ca's mortgage calculator on Friday, they'd be looking to pay about $11,600 each month.

That's not including the land transfer tax of $81,500. On top of that, there would be property taxes, though the property is only valued by BC Assessment at $925,000.

All photos from Sotheby's International Realty 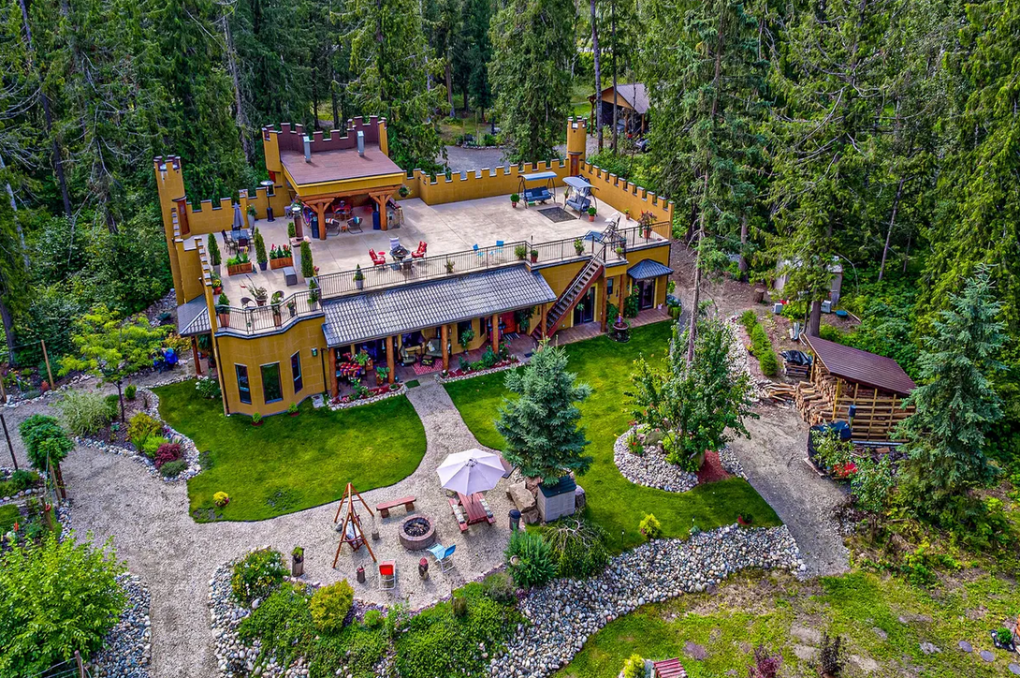 A fire in the neonatal unit of a hospital in Senegal has killed 11 newborns, President Macky Sall said. Only three infants could be saved.

The circumstantial evidence against Nathan Carman had been lying in plain sight for years before his surprising indictment and arrest this month on allegations he killed his mother at sea off New England in a plot to inherit millions of dollars.