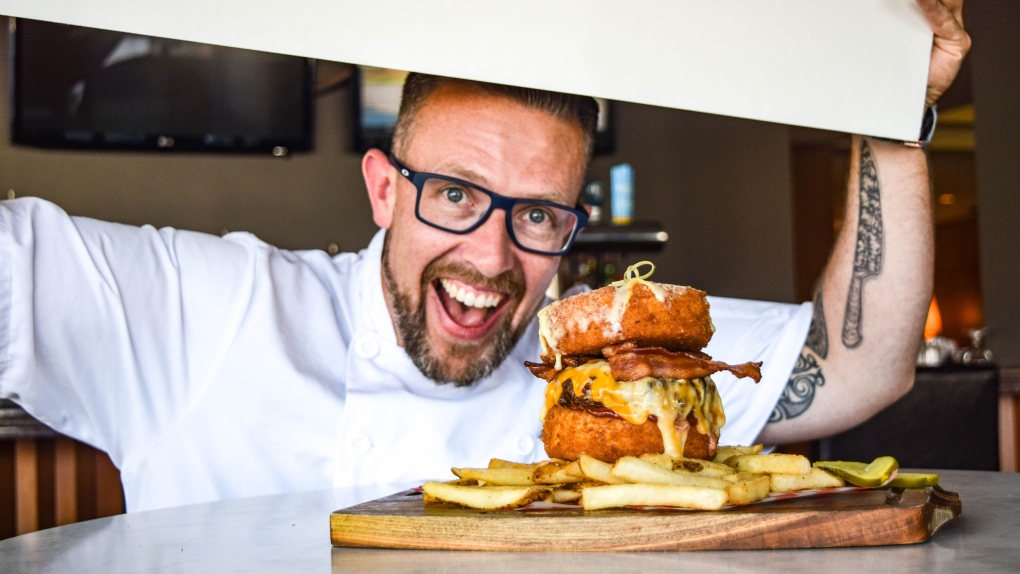 CAVU Kitchen Bar has been named the winner of Le Burger Week Vancouver Edition for their “Le Big Mac” creation.

Two breaded slabs of deep-fried macaroni and cheese make up the bun.

“Then we grill off an eight-ounce, all-beef patty,” said CAVU’s executive chef Alex Hancock. “We hit that beef patty with lovely beautiful Canadian cheddar cheese and smoked bacon as well.”

Then, it's topped with even more cheddar cheese.

Roughly 20 chefs and restaurants competed in Le Burger Week Vancouver Edition, which was held from Sept. 1 to 7.

“It’s a little bit of disbelief, because honestly I didn’t really do this to win,” said Hancock of his creation. “I did it more to have fun.”

“That’s the whole point of the entries this year," Rassam said. "Get chefs and restaurants to have fun and create something special.”

“It’s crazy how many we’ve been moving everyday since this competition started,” added Hancock.

More than 400 restaurants across Canada entered the competition, each competing in its own city.

Le Big Mac Burger is available at CAVU Kitchen Bar until the end of September. It costs $19 and comes with a choice of soup, salad or fries.